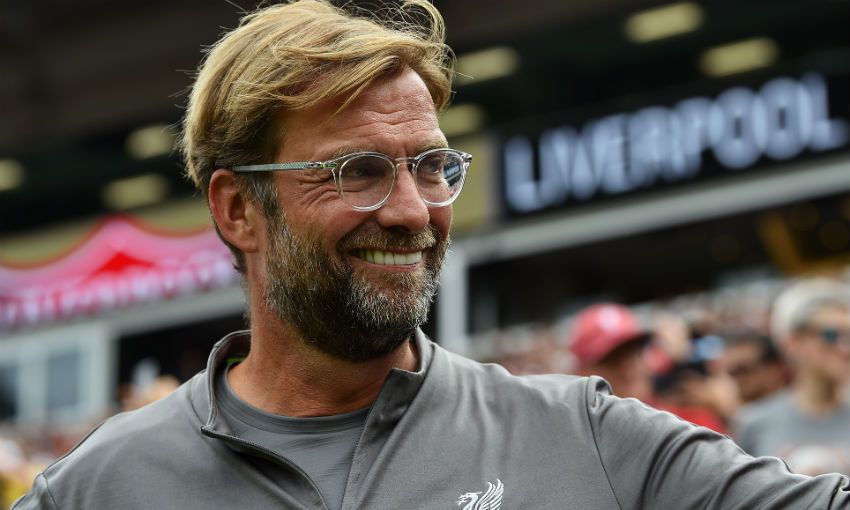 Playing against elite-level opposition during pre-season will prove beneficial to Liverpool when the Premier League campaign gets under way, Robbie Fowler believes.

Having taken on Borussia Dortmund, Manchester City and Manchester United in the United States, the Reds now face two clubs from Italy’s top flight before 2018-19 begins at home to West Ham United next Sunday.

Napoli lie in wait at Dublin’s Aviva Stadium today before Torino visit Anfield on Tuesday, and Liverpool legend Fowler thinks such tests will leave Jürgen Klopp’s team primed to attack the new season from the off.

Buy your tickets for LFC v Torino at Anfield now>>

“I think when you’re playing against good teams in pre-season it prepares you better for the Premier League season,” Fowler told Liverpoolfc.com in Dublin.

“I think maybe Liverpool have struggled in the past when they’ve played so-called ‘weaker’ teams [in pre-season] and have maybe not hit the ground running.

“But when you play the calibre of teams that we’ve played in pre-season, the [likes of] City, United and now obviously Napoli - who are an excellent team and have been tremendous the last few years in Italy - I think it puts you in a better mindset ready for the Premier League season.

“I can’t wait for the season to get going now.”

Watch the Reds train in Evian

Liverpool go into the meeting with Napoli having spent much of the week at a training camp in France - a period Fowler believes Klopp will have relished.

“The American tour was fantastic, the togetherness and the camaraderie between the lads was brilliant. As much as everyone was busy, they still put a lot in on the training pitch and Jürgen still did his bit,” the former striker said.

“But they’ve gone over to Evian in France and he’s spent more time with the team on the training park… I think it’s probably what the players and the team need actually, it’s away from the public eye and the limelight for a little bit [and] lets them get on with their work.

“Pre-season is difficult so I think you do need to get four or maybe five, six, seven days away preparing. The boys are coming here to Dublin now, then the game in midweek and then [they can] get ready for the massive one next weekend.”