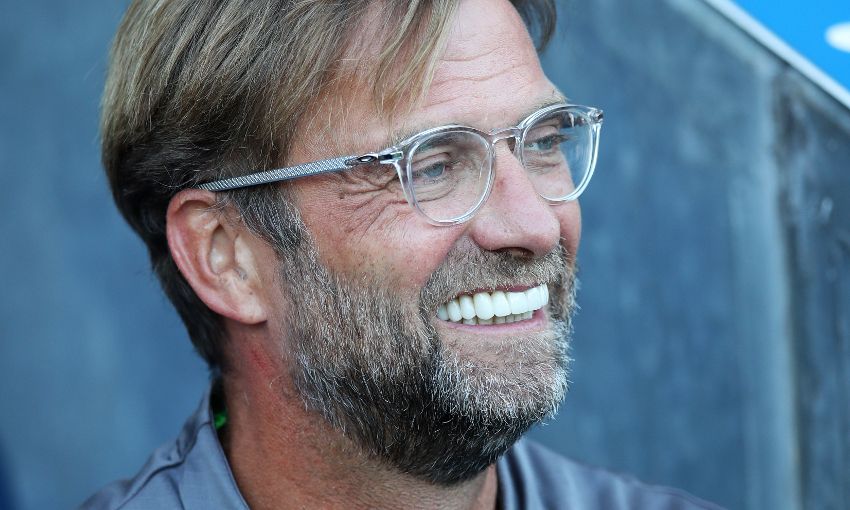 Jürgen Klopp was impressed by Liverpool's increasing fluency during their 2-0 win at Blackburn Rovers on Thursday night.

The Reds wrapped up their run of local friendlies with a victory courtesy of second-half strikes from Lazar Markovic and Daniel Sturridge.

After the game, Klopp provided his take on the contest and in particular the impressive efforts of Sturridge and summer signing Naby Keita.

Read on for a summary of his chat with the media.

On his assessment of the game…

A good game. It was a real challenge and playing against a Championship team in pre-season is I think the biggest challenge you can face because they have the quality and the desire to show they are not much worse and that’s what Blackburn did tonight. We had a few problems in the first half pretty much only because we caused them ourselves. You always see in pre-season the players react differently individually, a few have fresher legs than others.

We had the chances in the first half, we missed a penalty and we had good moments in the box, and could have been 2-0 or 3-0 up already. We could have conceded one because Loris [Karius] had to make two or three good saves. The second half was more fluent. The boys changed positions and it wasn’t as hectic as the first half so it was a little bit calmer. That helped a lot, so a very deserved 2-0 win. A very good game for us, 45 minutes [for the players] again, very intense.

LFCTV GO: Highlights of the 2-0 win

He has looked really good for us and with the armband in the second half it’s completely normal, the guy who is the longest-serving for the club and most experienced, so that was clear. He missed a chance which I think we all know 99 per cent of those situations he will score. So he played a really good game and helped us a lot, and the link-up play especially with Naby was brilliant, so good game.

Good player, that’s true. In this moment he looks very natural in the position, which is good but we have of course still to work on it, that’s how it is, but it’s all good so far. Fabinho I think played his best game since he came here now. He needed time to settle and it looked much more natural with him in that position, so that was good. There were a few really good performances in both halves, Nat Phillips played really well so that’s good, and Curtis [Jones] and Rafa Camacho second half. That’s how football should look and enjoy it. They need organisation and second half we were better because we didn’t lose easy balls, and we had a few of them in the first half.