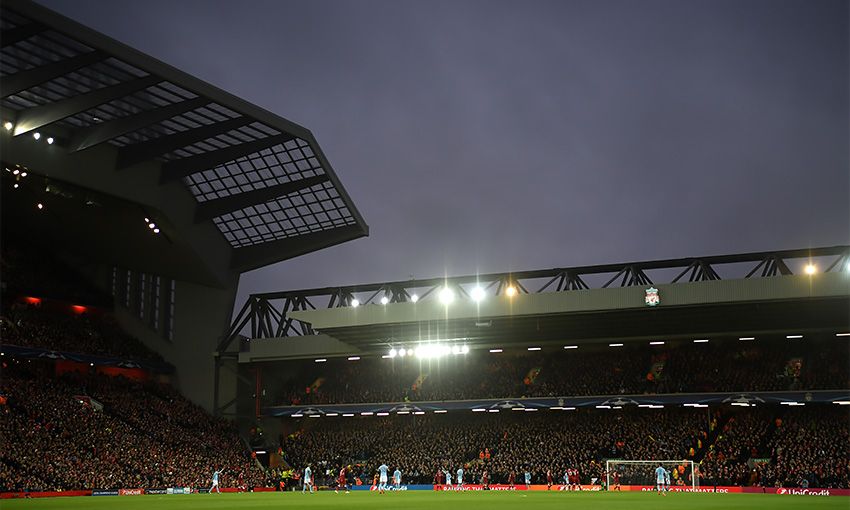 Liverpool's match with Italian club Torino on August 7 will be the first pre-season friendly held at Anfield for four years.

Warm-up matches at the Reds' home are relatively rare, with just six hosted there over the past 14 years.

But LFC return to Anfield to face Serie A side Torino in their final outing ahead of the 2018-19 campaign.

Of course, the fixture could also offer the Kop a first chance to welcome new signings Fabinho, Naby Keita, Xherdan Shaqiri and Alisson Becker to the club.

Here's our look back at the last five occasions Liverpool have played a pre-season friendly at Anfield... 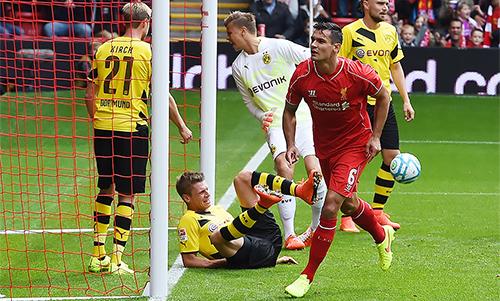 Current Liverpool manager Klopp sat in the opposition dugout for this one as his Bundesliga runners-up were beaten by the Reds, who had also finished second in their domestic league in the previous campaign. 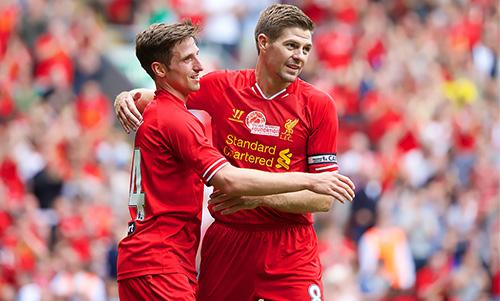 This pre-season clash with Greek champions Olympiacos doubled-up as a testimonial for Steven Gerrard, who marked 15 years with the Reds.

Of course, the Liverpool skipper had scored that goal against Olympiacos at Anfield back in 2004 to keep the Reds on course for a miraculous night in Istanbul.

On this day, it was Joe Allen who opened the scoring before substitute Henderson sealed victory with a calm chip from his very first touch of the match. 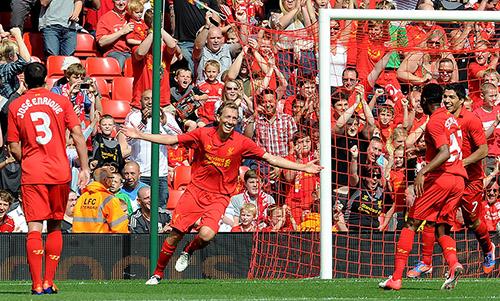 Reds legend Sami Hyypia received a wonderfully warm welcome on his return to Anfield as Bayer Leverkusen manager, but that's as far as the goodwill extended. 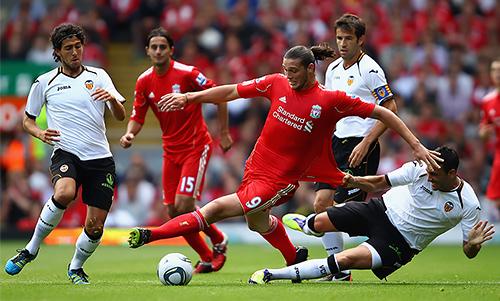 Towering striker Carroll scored the opener against the Spanish outfit and defender Sotirios Kyrgiakos made it 2-0 late on as Liverpool won their final friendly before the 2011-12 season. 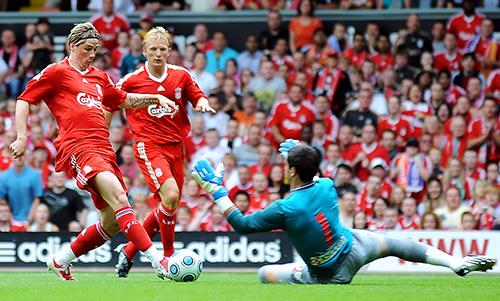 Fernando Torres faced his former club Atletico for the first time since his move to Anfield two-years prior and the Spanish No.9 hit the post and had a penalty appeal turned down.

In the end, two goals from Manchester-based players past and future settled the match.

Sergio Aguero, who would join City in 2011, and Diego Forlan, who left United in 2004, put the Liga side 2-0 up in Liverpool's final pre-season match before Lucas got one back for Rafa Benitez's side.

Live at 9.30am BST: Watch Liverpool training in Evian