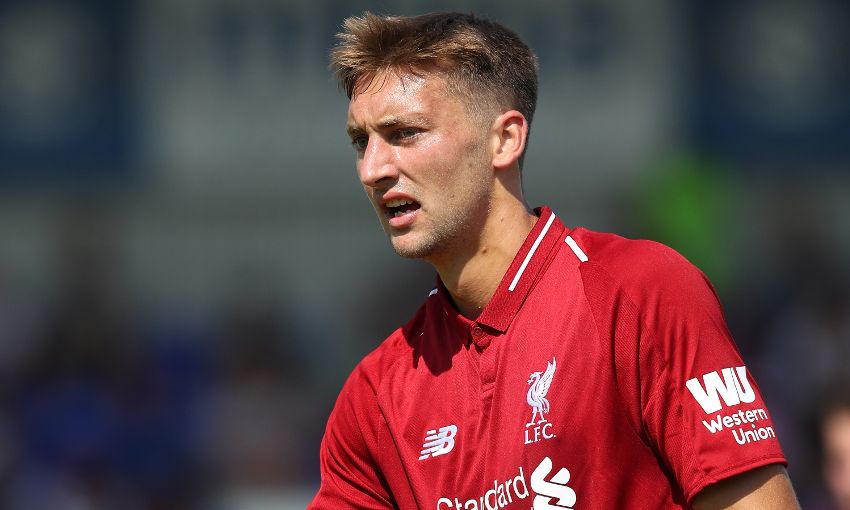 Nathaniel Phillips and Pedro Chirivella picked up welcome minutes in the Liverpool first team on Saturday as they featured in a 0-0 friendly draw with Bury.

And the Academy pair are keen to make the most of every opportunity that comes their way during a period that offers numerous chances to impress manager Jürgen Klopp.

Phillips made his third appearance of pre-season on Saturday, coming on at half-time to help the Reds secure a clean sheet alongside Ragnar Klavan.

Reflecting on his recent first-team involvement, the defender told Liverpoolfc.com: "At the moment I’m just trying to relish every opportunity I get given because I know in football opportunities are few and far between.

"So any chance I get in front of the manager is like a blessing really. I’ve just got to make the most of it."

The next target for the Bolton-born centre-back is to secure a place in the squad for the upcoming tour of the United States.

Asked about the prospect, he added: "I’d say so, yes, but I’ve got to take each step at a time.

"It’s not that far around the corner and there will be players returning from the World Cup so if I can hold my place [in the squad] that will be one thing accomplished."

Chirivella, meanwhile, is aiming to make an impact at Anfield after enjoying a successful loan stint at Dutch outfit Willem II last season.

He said: "It was a good period. I played a lot of minutes that I needed. I think I’ve come back in better shape physically and hopefully I can get more minutes."