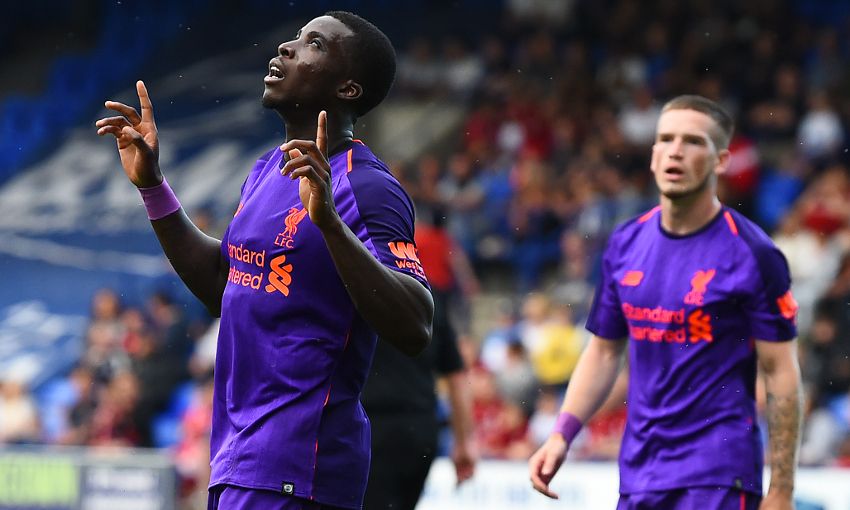 Having already provided an assist for Rafael Camacho's opener, the winger doubled the Reds' lead in the first half as he fought off a defender to keep the ball in play on the right-hand touchline before cutting inside and finishing well.

And, speaking after Klopp's men had claimed a 3-2 pre-season friendly win, Ojo highlighted the fight he showed to score as the sort of thing his manager is always looking for.

He told Liverpoolfc.com: "I was on the right wing and the manager always talks about being aggressive, being direct.

"It was a good one-v-one opportunity and I was trying to get some space and managed to get the shot off and score the goal.

"Every time I'm on the pitch I just want to play free and attack as much as I can and hopefully score and assist.

"I managed to do that today and it was really good but I think the most important thing is to just keep improving and that's what I'll look to do in the next couple of games."

Ojo enjoyed a successful season-long loan stint at Fulham last term, scoring four goals in 24 appearances as the London club were promoted to the Premier League via the play-offs.

But, while he enjoyed his spell at Craven Cottage, the 21-year-old says he was soon itching to get back to Melwood in order to impress Klopp.

He added: "From as soon as I finished my loan spell at Fulham - obviously, it was a good loan spell - I was just focused on coming back and trying to be as sharp as I can so I can impress the manager.

"I'm feeling really fit and really positive and the games are going well so far so I'm excited for what's to come.

"Personally, I haven't spoke to the manager yet but it's been positive feedback in training so far and I'm just really looking forward to the rest of the pre-season.

"Hopefully I can keep impressing."