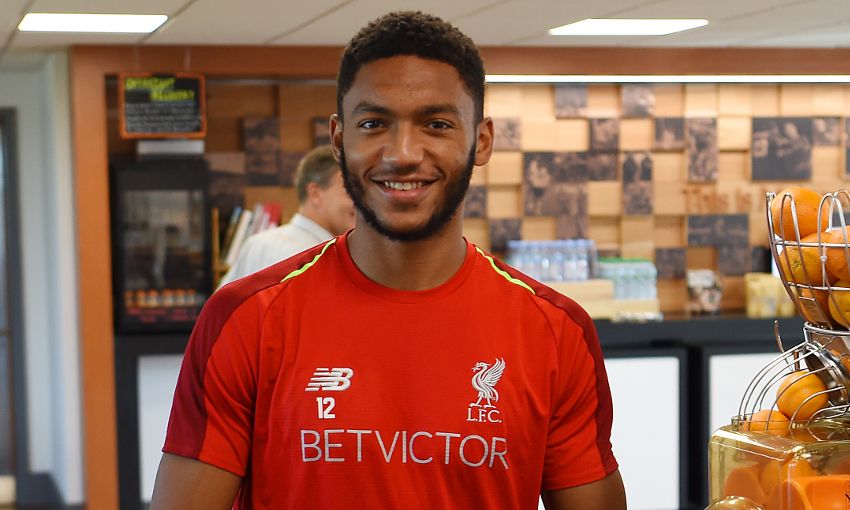 Joe Gomez knew his extra conditioning work over the summer would be worth it to ensure he was fit to report for day one of pre-season this week.

The defender missed the final four games of 2017-18, including the Champions League final, and was ruled out of travelling to the World Cup with England after sustaining an ankle injury.

A small silver lining in the cloud was the timing of the setback. A determined approach to his recovery would see Gomez return to Melwood ready to begin work with his teammates on Monday.

So it proved, with extra sessions at the training ground in June allowing the 21-year-old to join the squad when they convened for the new campaign.

“I knew I needed to be in to get fit. I know how important it is to be back in on the first day, fit and ready,” he told Liverpoolfc.com after the first of two sessions on Friday.

“That had to be the main focus, rather than resting. It’s tough mentally not getting as much time away but it’s worth it in the end to be fit.

“[The injury] was probably timed quite well in terms of getting fit in time for pre-season. We had to push on a bit in the last couple of weeks to make it. But I’m fit now and I feel good.”

The next step for Gomez is likely to be an appearance during Saturday afternoon’s friendly with Chester FC. “Hopefully,” he says. “I feel ready.”

“It’s like he sacrificed himself a little bit,” said Jürgen Klopp, who praised the No.12 for his bravery after he continued to play with the injury during an Anfield clash with Stoke City in late April.

Gomez reflected: “It was a lesson learned. It was that time of the season, there was a lot to play for. There were a lot of different factors playing on my mind.

“My body was giving me the signs but I didn’t listen to them as much as I should have.

“But I learned my lesson. Who knows, I could have pushed through and got away with it. I didn’t but it’s good now – my ankle has had the surgery and it’s back to 100 per cent.”

Indeed, the season’s conclusion should not – and has not – taken the shine off Gomez’s most productive and impressive period since joining the Reds.

“Although it was the last thing that happened and the last game I played, it doesn’t mean I can’t take something from the rest of the season.”