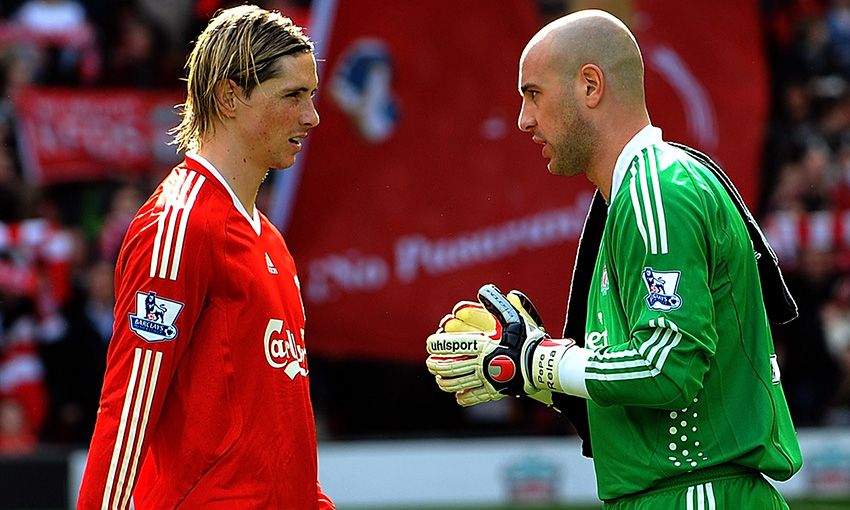 Spanish duo Pepe Reina and Fernando Torres signed for Liverpool on this day in 2005 and 2007 respectively as they followed an increasingly well-trodden path from the Iberian nation to Anfield.

The Spanish influx began during the 'Rafalution' of Reds boss Benitez in 2004 and has continued to this day, with 21 Spaniards featuring for the Reds first team down the years.

While cup-winning goalkeeper Reina ranks third in the club's all-time list of clean sheets, and striker Torres became the fastest Red to score 50 league goals, not all the imports became such household names.

Can you name the 19 other Spaniards whose identity we’ve masked in the pictures below? 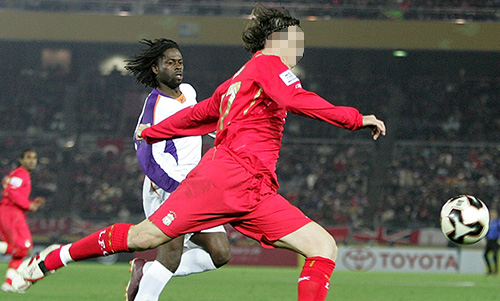 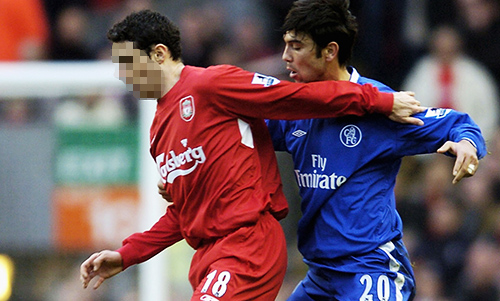 Clue: Arrived as part of the deal that took Michael Owen to Real Madrid. 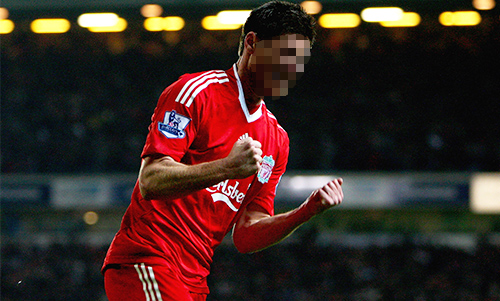 Clue: Liked to score from his own half. 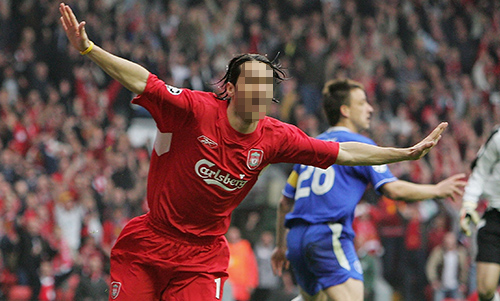 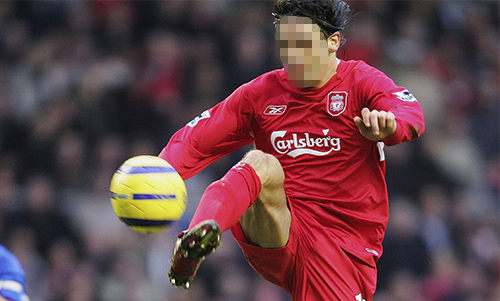 Clue: An aerial threat who scored 72 goals for Real Madrid. 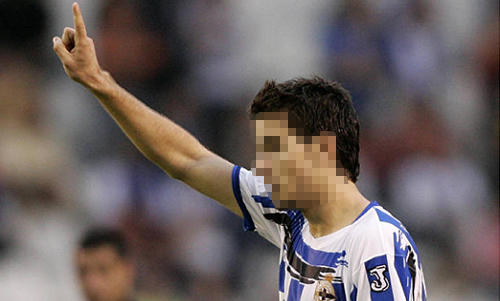 Clue: Signed from Sevilla, made one appearance for LFC, against CSKA Sofia in 2005, and joined Deportivo La Coruna (pictured). 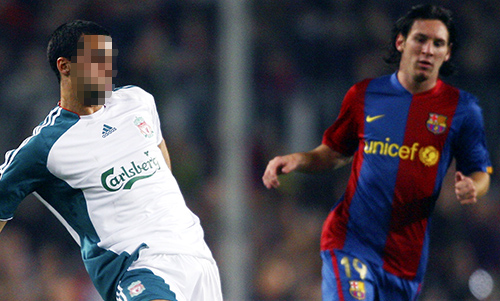 Clue: Made his full debut for LFC at Camp Nou and stifled Lionel Messi. 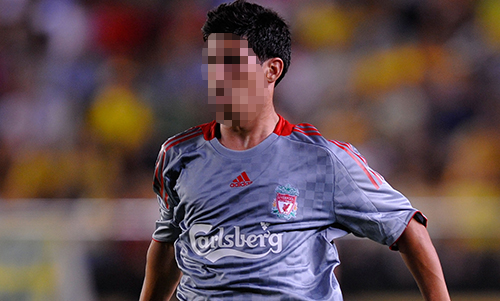 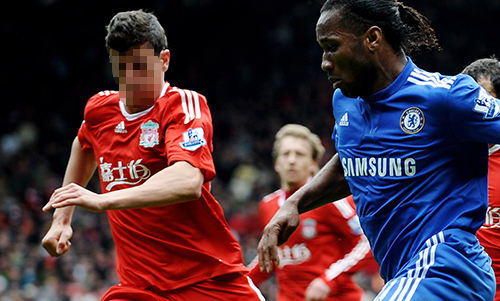 Clue: Centre-back made five appearances for LFC after signing from Sevilla in 2007. Now at Middlesbrough. 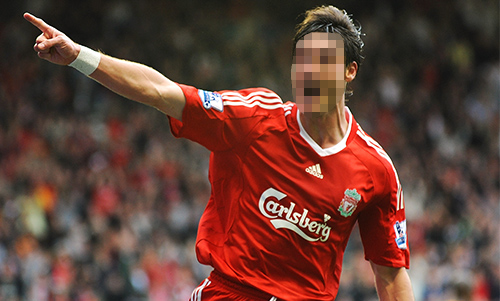 Clue: Winger spent two years at Anfield and made his debut against Manchester United. 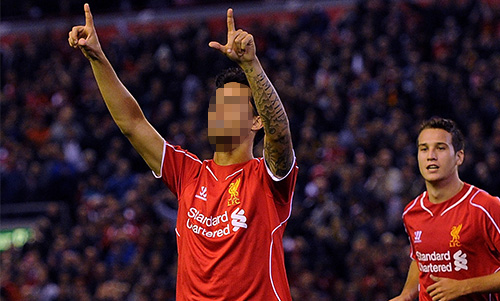 Clue: Made his debut under Brendan Rodgers before joining AC Milan in 2015. 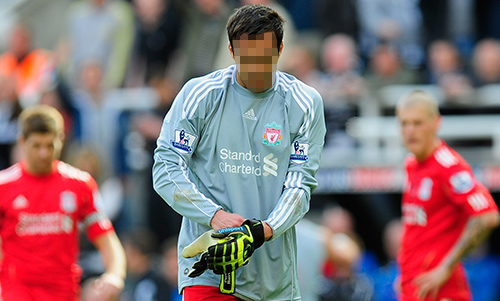 Clue: The defender had to play in goal for LFC against his former club. 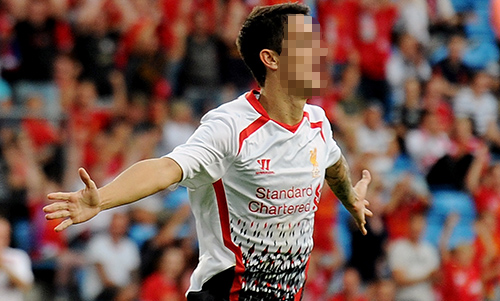 Clue: Signed from Sevilla in 2013 after starring on loan at Barcelona B. The attacking midfielder is now at Lazio. 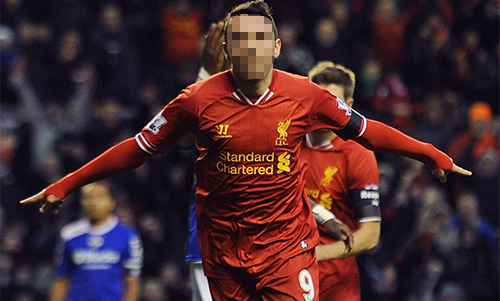 Clue: Striker who is now playing for Spain in the 2018 World Cup. 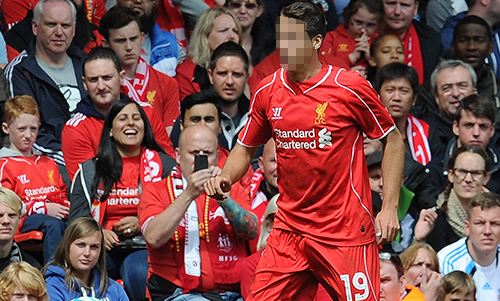 Clue: Full-back spent a year on loan at Anfield from Atletico Madrid. 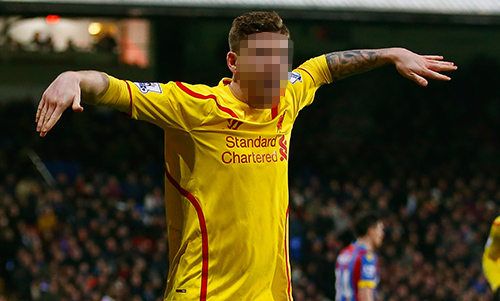 Clue: Scored a stunning solo goal against Spurs in his second game for LFC. 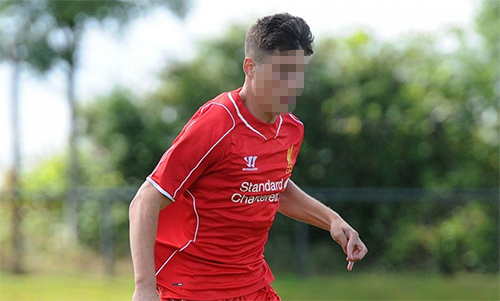 Clue: Released by Barcelona's academy, he played one game for LFC before joining Norwich City. 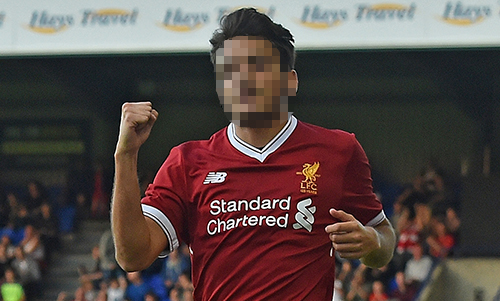 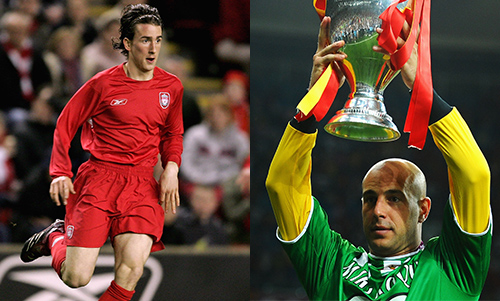 A special mention must go to Miki Roque, who spent four years at Anfield during the Benitez era before returning to Spain, where his young life was tragically cut short by cancer in 2012.

Pepe Reina paid a touching tribute to the centre-back when he lifted the Euro 2012 trophy with Spain by wearing Miki Roque's Real Betis shirt.