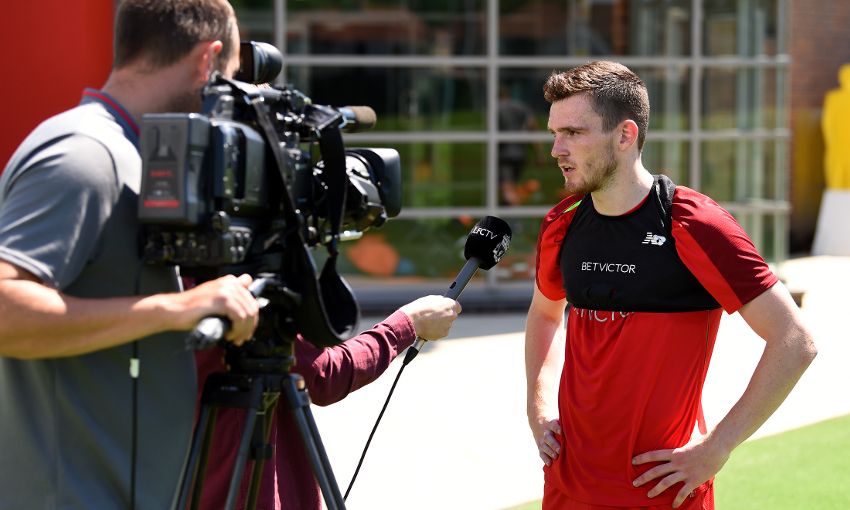 Andy Robertson expects to feel the benefits of what will be his first full pre-season under Jürgen Klopp.

The Scot missed the first three weeks of Liverpool's preparations for the 2017-18 campaign - including two UK friendlies and the same number in Hong Kong - as he awaited the completion of his move from Hull City last summer.

This time, however, he has been able to join up with his teammates at the first available opportunity, returning to Melwood alongside 25 others on Monday morning.

Reflecting on that fact, Robertson told Liverpoolfc.com: "[Last time] I came in a bit late and missed the trip to Hong Kong, which I was a bit gutted about.

"I think I did the first three weeks with Hull so it was a lot different - it's always good to get a full pre-season with the team you're going to be with.

"I knew I was leaving Hull last season so it was a tough one but this season I'm settled and I can really focus on pre-season.

"Over the close season I've been working on getting fit and now I want to get fitter until August and it's all leading up to that West Ham game now."

With Liverpool out to ensure they can maintain a high-energy brand of football across a long season, Robertson described training at this time of year as 'intense'.

But the 24-year-old has no doubts that the hard work will be worth it once the campaign gets under way.

He added: "The pre-season here is intense but I think it shows when the boys are flying in the first game of the season and then throughout.

"Our sports scientists are second to none and they have it all thought out.

"It'll be tough on the legs but it's all worth it when the season comes and you need to be raring to go instead of at maybe 80-85 per cent."

The Reds contest their first friendly fixture of the summer this Saturday when they head to the Swansway Chester Stadium for a meeting with Chester FC.

Robertson is excited to be able to pull on the shirt so soon, and said: "I can't wait. It's good that [there's] a game so quick, sometimes people do maybe a week or two lead-in that you don't have a game.

"It's good to get a game in straight away and pull on the strip, the last time we did it was the [Champions League] final, obviously.