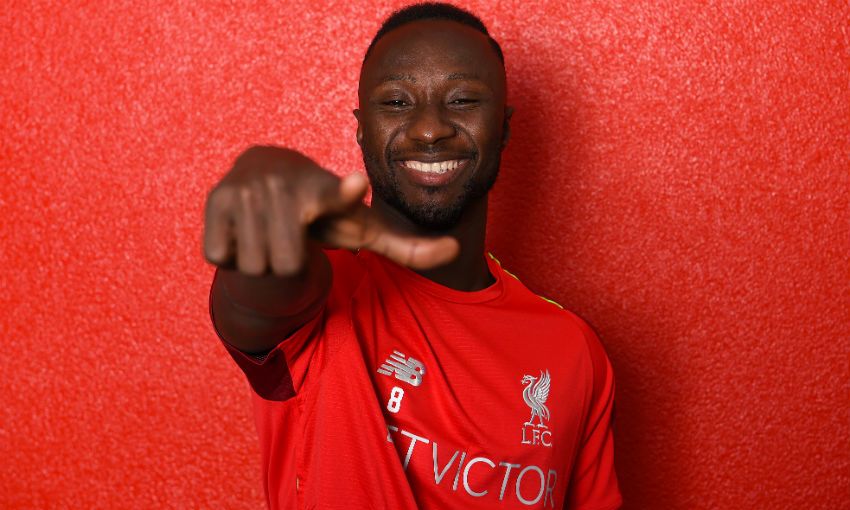 Xabi Alonso recalls competing with a ‘big personality’ when he played against Naby Keita, who he expects to thrive under the tutelage of Jürgen Klopp.

Keita will officially become a Liverpool player on Sunday after a deal was agreed to bring him to Anfield from RB Leipzig last summer.

And the World Cup winner believes Keita - who was presented with Liverpool's No.8 jersey by its previous incumbent, Steven Gerrard - will prove to be an astute signing by Klopp.

“He’s a big personality. He has the hunger, the will to compete, and after in football terms he’s an all-round midfielder,” Alonso informed Liverpoolfc.com, regarding his memories of facing-off with Keita in the Bundesliga.

“I think for this position in front of the holding midfielder, or even as a holding midfielder [or] close to the front three, he can have that role to find the space and to be up there. So [he’s a] good signing.

“He will have to adapt to the idea [of Klopp’s philosophy], but I don’t think that he will have many problems because he’s a great player and very complete.

Keita's first LFC interview: 'I can't wait to get going'

Keita leaves Leipzig having forged a reputation as one of Europe’s most dynamic midfielders over the course of his two seasons in Germany.

The 23-year-old featured in a number of different midfield positions for Ralf Rangnick’s team, but Alonso thinks he is best equipped to fulfil the role associated with his squad number at Liverpool.

“[I see him as] An eight. I would say an eight,” the Spaniard said.

“Sometimes he can play as a six, but I could see him more as an eight behind the three strikers.”

Fabinho and Thiago in contention for Atletico, but Keita absent