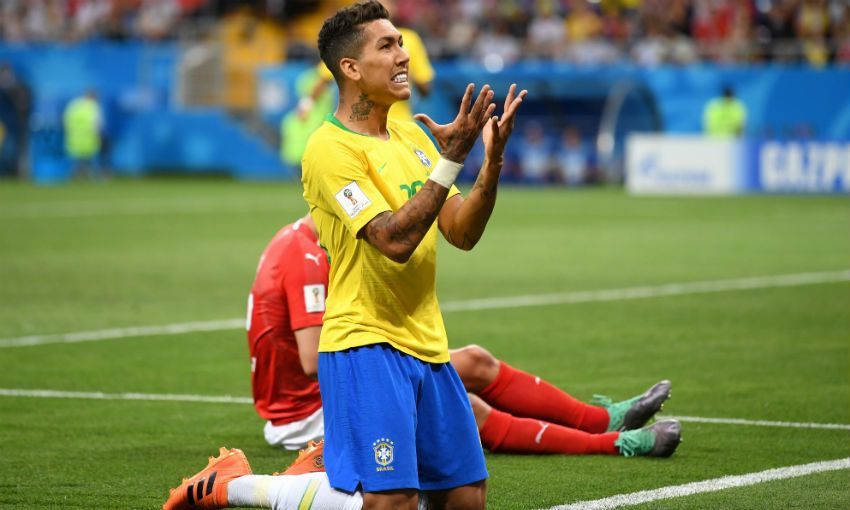 Roberto Firmino came off the bench as Brazil got their World Cup campaign under way with a 1-1 draw with Switzerland on Sunday.

Liverpool's No.9 was introduced 12 minutes from time at the Rostov Arena as Selecao coach Tite sought a late winner after Steven Zuber had equalised Philippe Coutinho's opener.

Firmino's first involvement saw him send a half-volley off-target from a tight angle, and he then forced Yann Sommer into a save from a header in the 90th minute.