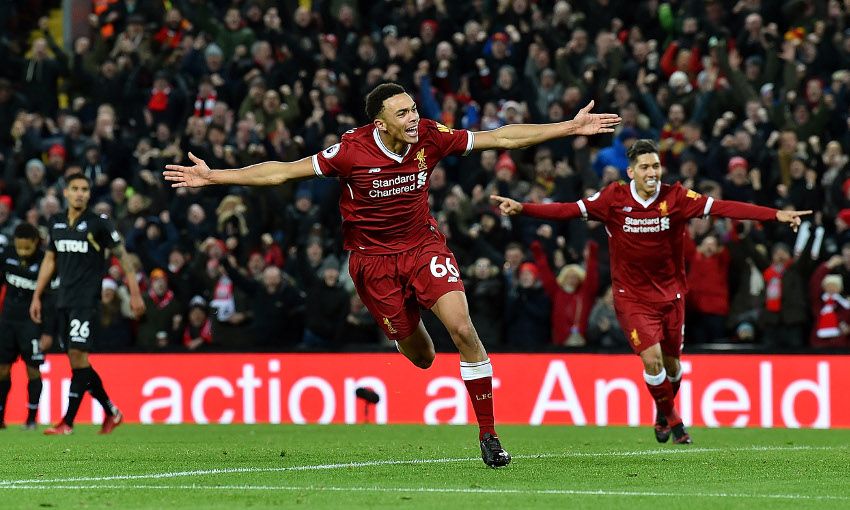 Trent Alexander-Arnold has revealed that his in-off-the-bar strike against Swansea City last season holds even greater personal significance than his debut goal for the club against Hoffenheim.

The young Scouser opened his account for the Reds in just the second game of 2017-18 as he curled a fine free-kick home to put his team ahead in the first leg of their Champions League play-off in Germany.

But Trent insists he remembers his first Premier League goal for LFC more fondly, largely because it fulfilled a childhood dream of netting in front of the famous Kop.

"Your first goal for Liverpool, you think that's [going to be] your favourite one and your best one; that's how I felt until Swansea, that nothing was going to come close to Hoffenheim," he said.

"But the Swansea goal was, for me, so much better than the Hoffenheim goal, it just meant so much more to me.

"It must have been because it was at the Kop, at Anfield, and I'd dreamt of that moment for so many years then going and doing it.

"When I think about it now it still brings a smile to my face and it's hard to believe I scored at the Kop end.

"[It was] just an unbelievable moment."