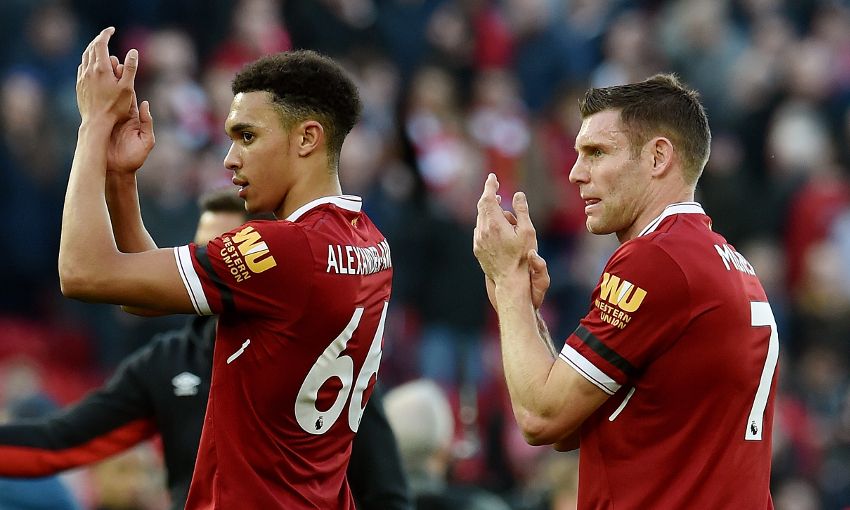 Trent Alexander-Arnold has revealed the role played by James Milner in his breakthrough season for club and country.

The 19-year-old clocked up 33 games for Liverpool during 2017-18, including a dozen in the Champions League as Jürgen Klopp’s side finished runners-up to Real Madrid.

Such was the way Alexander-Arnold dealt with the increasing pressure and responsibility on his shoulders, he earned a spot in Gareth Southgate’s 23-man England squad for the World Cup.

And in the week that the tournament kicks off in Russia, the right-back explained why he owes a debt of gratitude to a compatriot and club colleague for his progress in the past 12 months.

“James has taught me a lot. Like me, he also came through really young and he’s always there if I need to go to someone,” Alexander-Arnold said of Milner.

“It’s important to have those players around you.

“At Liverpool, he is one of the players who have been really successful in their career. He knows how to win things and how it’s done. He’s been a huge help to me this season.”

He continued: “He always comes up to me before a big game and tells me just to keep playing the way I play, not change my game too much.

“That’s one of the things that has really hit home for me, just to play how I play and not change for anyone.”