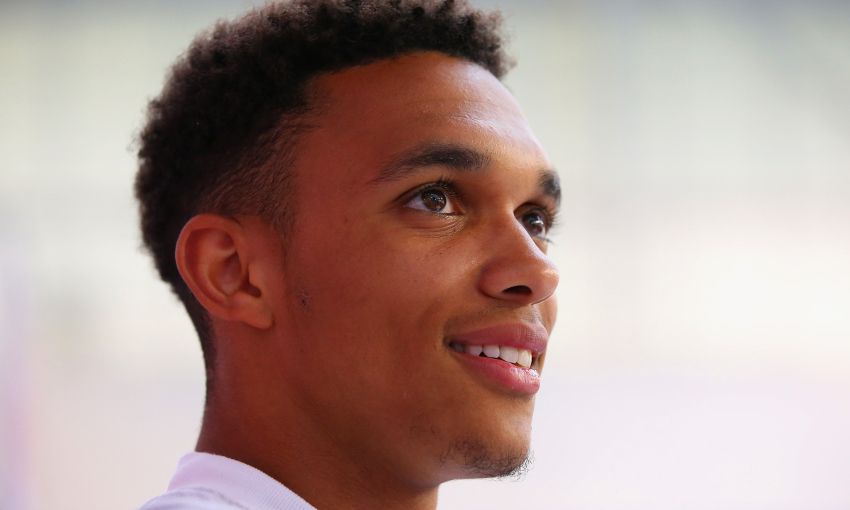 The 19-year-old was named in Gareth Southgate’s 23-man squad for the World Cup in Russia after a breakthrough season for his club that included 33 appearances.

And Alexander-Arnold will reach another career milestone when he represents the Three Lions in their final warm-up match before the tournament.

“At some point [during the game] Trent Alexander-Arnold will get a debut,” said Southgate.

Asked if he would have any qualms about starting Alexander-Arnold in the opening game of the World Cup, the England boss replied: “No, that’s why he’s here.

“I’ve not got a player in the squad who I would think twice about putting into the opening game of a World Cup.

“He’s here on merit. He has performed exceptionally well this season, his quality has been top. He has settled in with the group really well. We’re really pleased to have him with us. It’s a huge moment for him, of course, but well deserved.”