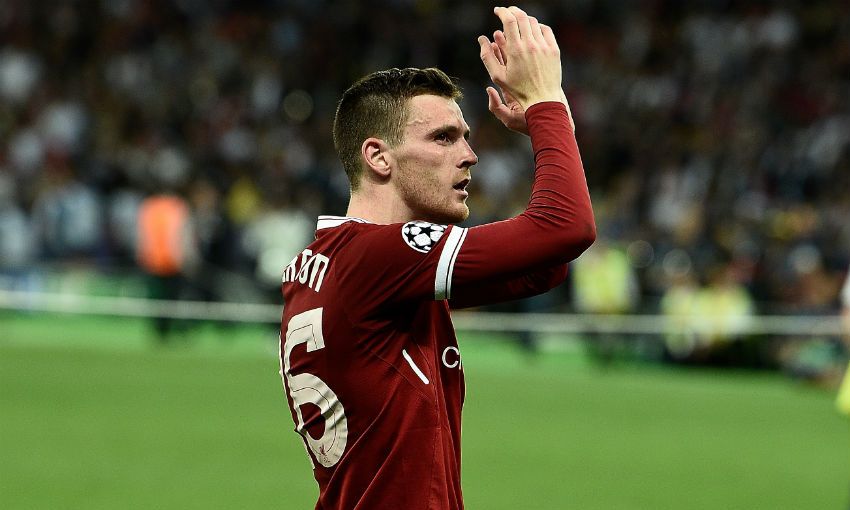 Andy Robertson is sure Liverpool will respond positively to the 'ultimate disappointment' of losing the Champions League final.

The Reds were unable to overcome Real Madrid in Kiev on Saturday evening, going down to a heart-breaking 3-1 defeat.

But while acknowledging that the result at the NSC Olimpiyskiy Stadium will ‘take a while to get over’, Robertson has no doubt that those in the tightly-knit Liverpool dressing room will regroup ahead of next season.

“[In] the two weeks building up to this, I think everyone was getting excited and everyone starts dreaming of lifting the cup. We’re no different and all the Real Madrid fans and players would’ve been no different, but to then get that taken away from you, it’s a hard one,” the left-back told Liverpoolfc.com.

“The summer will be tough, but I think all the lads - of course they’ve got the World Cup - we’ll all be itching to get back and just try and forget about this end.

“We can’t really have a hangover from it, we need to go again and keep kicking on next season and hopefully we can maybe get in one of these positions again.

“All the lads can be so proud of themselves and we’ve done all our families proud. It will take a while to get over but we’ll all stick together and hopefully it’ll make us stronger for next season.”

After a nip-and-tuck first half that ended goalless and featured Mohamed Salah being forced off due to an injury, Real took the lead early in the second period through Karim Benzema.

Liverpool struck back immediately and levelled courtesy of Sadio Mane’s 10th Champions League goal of the season, but a double from Gareth Bale - the first a stunning bicycle kick - ensured the Spaniards would lift the trophy for the third year in succession.

Robertson reflected: “We’re disappointed, and what a journey to get here, but [it’s] an ultimate disappointment. I think we really believed that we could hurt them and we could win, we’ve proved that.

“First half, we’ve lost a bit of momentum once Mo went off and the second half, after the first goal which is a mistake, then we’ve bounced back really quickly, but we just couldn’t quite capitalise on it.

“The second goal’s a world-class goal, probably the best goal you’ll see in a Champions League final, and then it was just too much for us I think.” 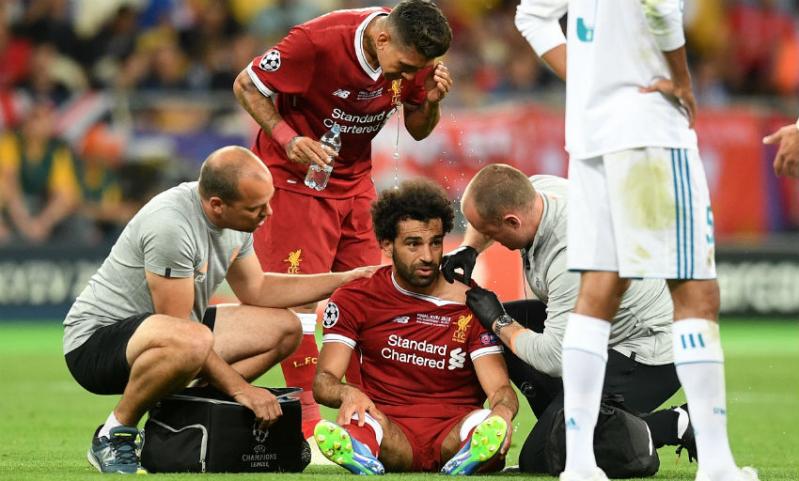 During his post-match press conference, Jürgen Klopp said Salah’s enforced withdrawal had ‘shocked’ his team - a view shared by Robertson.

“Of course. We’re a good team and whether it was Mo or anyone, I think it would’ve disrupted us. It’s not just because it’s Mo,” the Scotland international replied, after being asked whether the forward’s substitution had affected the Reds mentally.

“Adz [Adam Lallana] came on, who’s a terrific player, and it wasn’t as if we were weakened, it just upset our rhythm and that would’ve been [the same with] any player.

“I’m gutted for Mo, of course. He’s devastated and I hope the injury isn’t as bad as it maybe looks and he can get back quick, but for the season he’s had to end like that, it’s disappointing for him.

“All the lads who have travelled to come and watch us, it’s in our hearts and in our heads and we tried to do it for all of them.

“But we’ve got to dust ourselves down and we’ve got to go again. It’s the only way and I’m hopeful we’ll do that.”