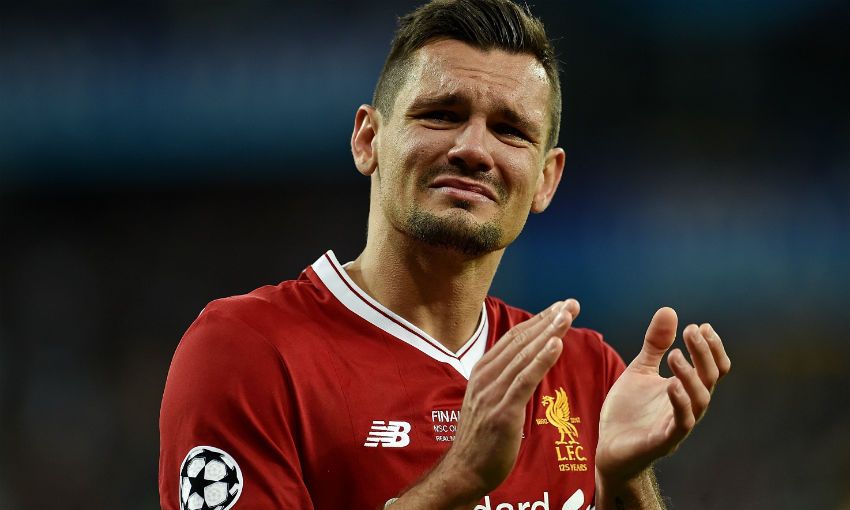 Dejan Lovren pledged that Liverpool will return 'even stronger' after their gut-wrenching Champions League final defeat to Real Madrid.

The Reds lost out 3-1 to Real in Kiev on Saturday evening, with Gareth Bale's double proving decisive after Sadio Mane had equalised Karim Benzema's opener, which arrived six minutes into the second half.

Understandably, Lovren was left bereft by the outcome at the NSC Olimpiyskiy Stadium, but the centre-back also spoke of the pride he feels in a thrilling, impressive Champions League campaign that saw Liverpool advance from the qualification play-off round all the way to the final.

"It's painful. It's painful to describe. It's heart-breaking, to be honest," the No.6 told Liverpoolfc.com.

"We deserved more than this tonight. But at the end we should be proud of the long road that we did. From the game against Hoffenheim to reach the final. To beat the best teams.

"I'm sure we will come back next year even stronger. And I promise that."

The Croatia international continued: "It was a tough road. There are such ups and downs in the Premier League and sometimes also in the Champions League. But you know, we always managed to stick together in these difficult times.

"We gave everything today for the lads who couldn't play today. The lads who were on crutches, the lads who travelled a long way to support us.

"But it just didn't go our way and I'm sorry for them."

Lovren's friend and teammate Mohamed Salah was forced off after half an hour of the final due to a shoulder/collarbone injury that Jürgen Klopp described as 'serious' during his post-match press conference.

"But hopefully he will come back quickly and hopefully he can [play in] the World Cup for his national team. It's just unlucky."