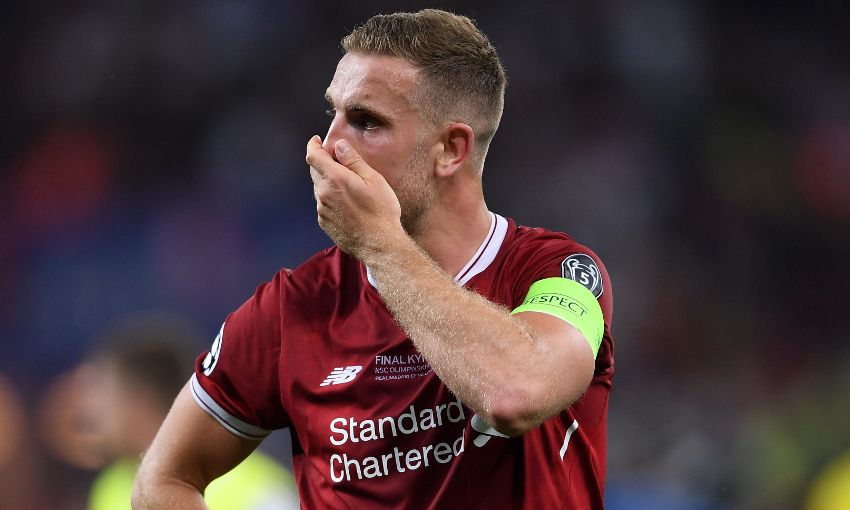 Liverpool captain Jordan Henderson offered his thoughts on the disappointment of Champions League final defeat to Real Madrid to BT Sport at full-time in Kiev.

Read on for a full transcript of the captain's post-match interview.

On his overall reflections…

It's disappointing of course. I thought we did well to get the goal and get back in the game but [we made] mistakes and Madrid were really good.

We knew they were a fantastic side and always going to hurt you. And they deserved to win, they were obviously the better team on the night. But I felt, especially in the first half and the first 30 to 35 minutes, that we dominated with the ball. We had a couple of chances.

It's frustrating obviously. But you have got to give credit to Madrid.

When Mo got injured they started dominating a little bit more with the ball. We did well to get in at half-time at 0-0.

But like I said we stayed in the game and we got the goal back. We still believed that we could go on, but... a couple of goals that on another night wouldn't have gone in.

The first [goal], I'm not really sure what happened. I didn't know if it was allowed or if he sort of blocked it coming out from his hand.

And then obviously the overhead kick he can do nothing.

Then the third one, obviously the ball's got loads of movement on so it's always difficult for a goalkeeper.

We just weren't good enough on the night to get over the line but I'm so proud of all the players.

The fans came out in their numbers again, so we have got to thank them.

And I hope we can keep going now and get into more finals. We have got a fantastic squad, fantastic manager and we have just got to use this to keep going forward.

On moving on quickly…

It's going to hurt for a while but football moves forward. We've got a World Cup coming so you've got to quickly move on. And then the season starts really fast after that.

We've got to be proud to get here. We got beat by a fantastic team. We have got a fantastic team and hopefully we can keep going in the Premier League, the Champions League and the cups as well.