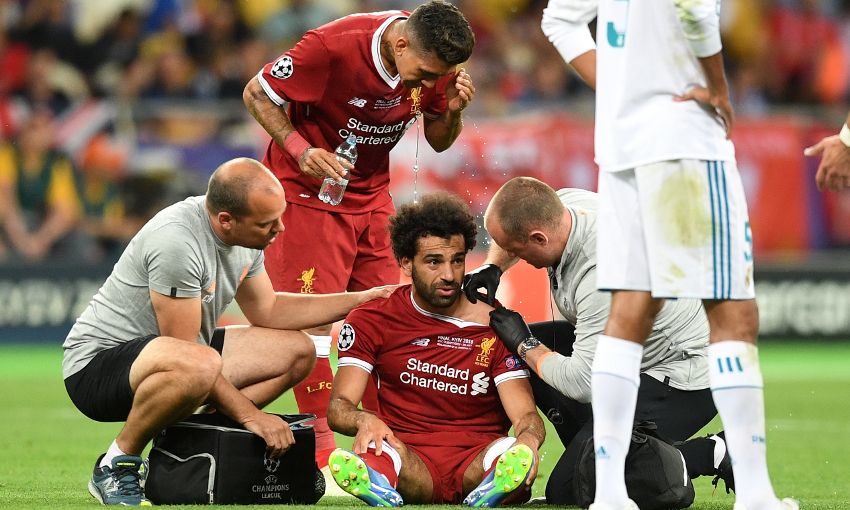 The forward was forced from the field after 30 minutes having failed to recover from an earlier challenge with Sergio Ramos and later went to a local hospital in Kiev for assessment.

“He is in the hospital for an X-ray. It’s either the collarbone or the shoulder itself. It doesn’t look good, that’s it.”