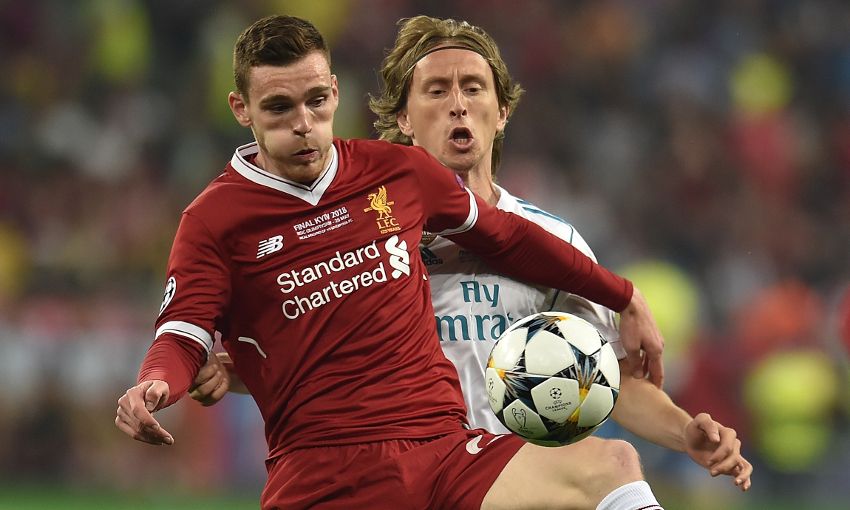 Liverpool’s dreams of Champions League glory ended in heartbreak as they were beaten 3-1 by Real Madrid in the final in Kiev on Saturday evening.

After an impressive opening to the contest, the Reds were handed a huge blow to their aspirations as Mohamed Salah was forced from the field after just 30 minutes. The top-scorer failed to recover from a shoulder injury picked up in an earlier challenge with Sergio Ramos.

Jürgen Klopp’s side fell behind just after half-time when Loris Karius’s attempted throw struck Karim Benzema’s outstretched boot and rolled over the line.

Sadio Mane provided hope when he prodded in from Dejan Lovren’s header across goal from a corner on 54 minutes; however, substitute Gareth Bale put Real back in front with a spectacular scissor kick.

Mane then struck the base of the post to almost level up the scoreline once more, but Bale sealed the trophy for the Spanish side for a third successive season when Karius failed to keep out his long-range effort.

Liverpool’s teamsheet showed no surprises in the starting XI as an unchanged line-up was named from the last outing in the Champions League against AS Roma.

Emre Can did return to the matchday squad, however, and was named on the substitutes’ bench along with Adam Lallana.

An incredible atmosphere greeted kick-off inside the NSC Olimpiyskiy Stadium, with ‘Allez, Allez, Allez’ bellowing out from close to two-thirds of the arena.

As ever, Liverpool had been given unrivalled support from thousands of fans who’d made the journey to Ukraine – and the Reds duly responded with a hugely promising start.

Gini Wijnaldum had an effort from the edge of the area blocked by Raphael Varane before Salah’s attempt from a free-kick routine with James Milner also brought the same result, Luka Modric this time getting his body in the way.

At the other end, Carvajal set Cristiano Ronaldo running into space inside the area, who arrowed over the frame of the goal from an acute angle.

Next, Virgil van Dijk beat Keylor Navas to Salah’s corner, but could only loop a header high over the crossbar.

Then, on 22 minutes, Liverpool fashioned their best opportunity of the night so far as they opened their opponents up down the left before Milner cut the ball back in the direction of Roberto Firmino. His shot on the turn clattered against Ramos. The rebound fell for Trent Alexander-Arnold, who drilled low towards goal but was thwarted by a save from Navas.

However, the Reds were dealt a huge blow on the half-hour mark when Salah was forced from the field after failing to recover from a shoulder injury sustained in a prior challenge with Ramos.

The Egyptian left the field in tears, with Lallana sent on to replace him. Moments later, the Spanish side were also required to make a change of their own - Carvajal limping off and Nacho taking his place.

Two minutes before the break, Real thought they had broken the deadlock when Benzema tucked away after Karius had parried a close-range Ronaldo header, but his celebrations were cut short by the raised flag of the referee’s assistant.

Nevertheless, Salah’s departure had buoyed Zinedine Zidane’s men and Nacho crashed a half-volley into the side-netting and Benzema flashed wide from distance just before the interval.

The break provided Liverpool with an opportunity to regroup following the setback of losing Salah during an encouraging period in the opening half.

On the pitch, Real struck the crossbar inside the opening three minutes through Isco after a defensive mix-up resulted in the ball breaking invitingly for the midfielder.

The Spanish side did make a breakthrough on 50 minutes as Karius’s attempt to throw the ball out cannoned against Benzema and crossed the line.

But Liverpool hauled themselves level just four minutes later. Lovren rose highest to thump a Milner corner back into the six-yard box with his head, where Mane was waiting to convert from just in front of the goalline.

Karius then produced a stop at his near post to foil an Isco swipe on the turn as the Spaniards aimed to muster a response of their own.

A Real second did arrive, courtesy of a stunning overhead kick from Bale. Just moments after entering the action as a substitute, the Wales forward crashed the effort into the top corner from Marcelo’s centre.

Mane struck the base of the post from the edge of the area as Liverpool looked to restore parity for a second time before Andy Robertson denied Ronaldo with a magnificent last-ditch challenge inside the box.

But the destination of the trophy was sealed when Karius failed to deal with Bale’s long-range effort as the ball spun from his gloves and over the line with minutes remaining as the Reds' valiant Champions League campaign came to a painful conclusion.