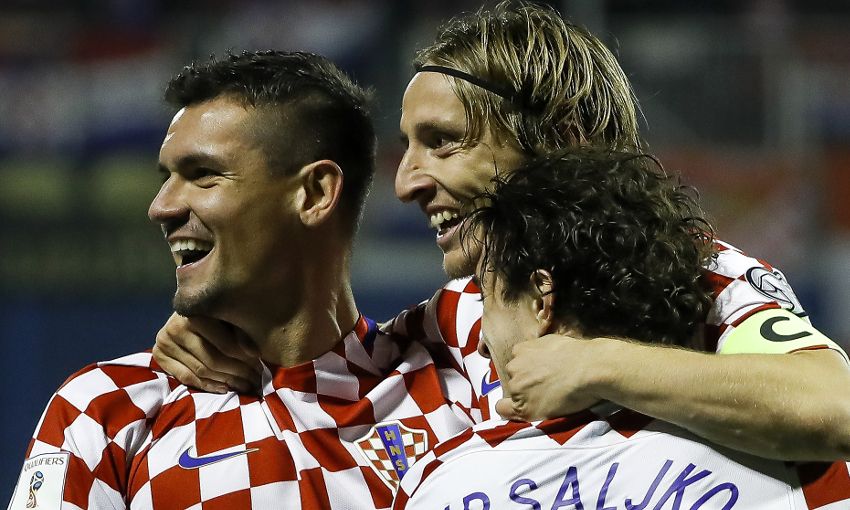 Croatia cannot lose in the 2018 Champions League final – but Dejan Lovren hopes he can be the pride of his country come May 26.

The Liverpool defender will face international teammates Mateo Kovacic and Luka Modric in Kiev as Jürgen Klopp’s team seek to end Real Madrid’s reign as Europe’s top club and clinch the trophy for a sixth time.

Soon after the Reds booked their place in the showpiece by seeing off AS Roma, 24 hours after the Spaniards secured the other spot, Lovren was in contact with his compatriots.

Having representatives on both sides at the NSC Olimpiyskiy Stadium is cause for Croatian celebration, though Lovren is of course determined to ensure he is the man being toasted back home on the night.

“I have been in touch with my Croatian international teammates Luka Modric and Mateo Kovacic, who play for Real Madrid,” the No.6 told the official Liverpool FC magazine.

“It’s quite an amazing achievement for such a small country of not even four million people that almost every year we have a Croatian international player who can win the final. It’s great for us and for the nation.

“I’m sure the whole nation will be tuning in for the final. I would say more people will be on my side as I haven’t won it before and both these guys have won it the last few times!

“The country is proud of us and in the end we will see who will win it.”

The sense of opportunity for Liverpool is palpable.

A journey that began in Hoffenheim nine months ago has rarely deviated from the path that has guided Klopp’s men all the way to a showdown with the holders.

That the Reds have done so by virtue of a bold, expansive attacking style faithfully deployed by Klopp and expertly transferred to the pitch by his players has only added to the joy surrounding the season and drawn plaudits from every corner.

But Lovren knows a successful evening in Ukraine has to be the highest point, not what went before.

“Reaching the final of the Champions League is a fantastic achievement for the club and also personally. We have grown as the competition has gone on and we know what we need to do to do well in this tournament,” he said.

“Apart from the World Cup final, this is the biggest game you can play in and we are all really looking forward to it. It is something that everyone wants.

“I was dreaming of playing in the final and winning the tournament since I was a boy. Now we have the opportunity. We need to show our character again, show our skills and show the world that we can do it.”