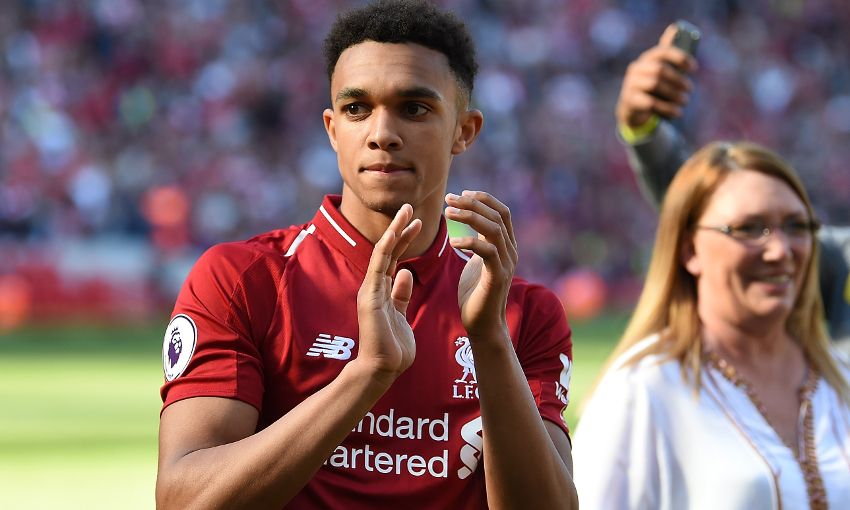 Trent Alexander-Arnold has outlined his immense pride at being included in England's World Cup squad, expressing gratitude to Jürgen Klopp, his Liverpool teammates and his family for helping him achieve the honour.

The 19-year-old was named in Gareth Southgate’s 23-man selection for the tournament on Wednesday afternoon, marking the latest step on a journey that began at the Reds’ Academy aged six.

Alexander-Arnold received the news from Klopp before travelling to Marbella for a four-day training camp ahead of the Champions League final with Real Madrid on May 26.

“It was an unbelievable moment to find out I was going to go to the World Cup, especially at a young age. It’s probably capped off a really good season for me.

“I found out this morning, just before we came out to Marbella. The manager came and spoke to me just as we were getting on the plane.

“He asked me if I knew anything about the squad or anything yet. I said, ‘no’ and he said, ‘Have you got anything planned around the time of the World Cup?’ I was like, ‘No, no holidays or anything…’

“He said to me, ‘OK, good… You’re in the squad!’ It was a really proud moment. On England’s behalf, it was nice of them to let the manager tell me.”

News of Alexander-Arnold’s call-up quickly filtered through the Liverpool team plane as they departed John Lennon Airport for Marbella.

The full-back insisted his meteoric rise wouldn’t have been possible if it hadn’t been for the help and support he’s received from not only the senior set-up at Melwood, but those who enabled him to develop during his days at the Academy.

“The lads have all congratulated me and said really well done,” he continued. “It’s nice to get the recognition from your teammates as well.

“It wouldn’t have happened if it wasn’t for them, so I have to thank them, the manager and everyone else who has supported me along the way. I have to say a special thanks to everyone, especially my family for helping me get so far.

“Everyone who has been there along the way, even going back to when I was really young, around the age of six.

“Everyone who has played a part, I just want to say thanks to them because without them, I wouldn’t be where I am or who I am today. It’s a thanks to all of them. I hope they can all feel as proud as I do about getting the call-up.”

Alexander-Arnold will return to Merseyside on Saturday, where he expects an outpouring of emotion from his relatives.

“They’re just made up,” he said. “It’s a really proud moment for everyone in general. I obviously haven’t seen them since I found out, so I think when I go back is when I’ll get my hugs and things off everyone!”