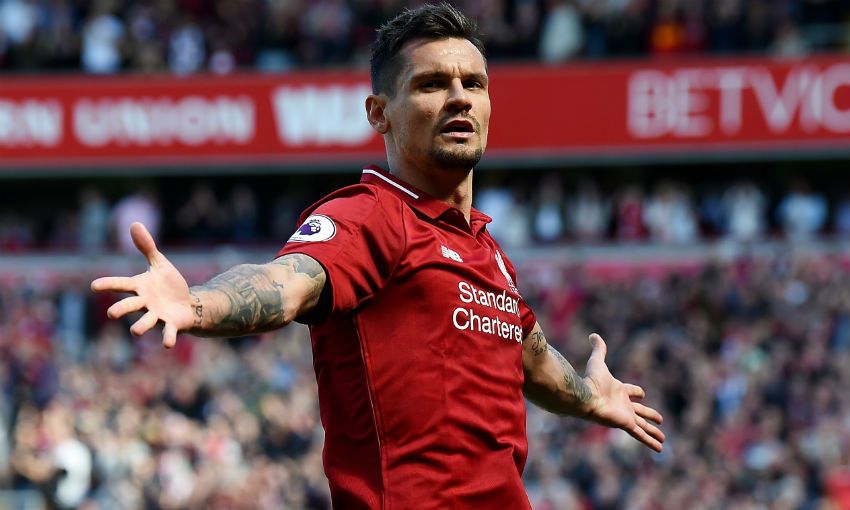 Dejan Lovren considers ‘teamwork’ to be the key factor behind Liverpool qualifying for the Champions League in back-to-back seasons for the first time in nine years.

A 4-0 final-day victory over Brighton and Hove Albion secured a fourth-place finish for the Reds, who can now prepare for their upcoming Champions League final against Real Madrid knowing they will return to Europe’s elite club competition next term regardless of the outcome in Kiev.

Jürgen Klopp’s team went into their meeting with the Seagulls requiring a point to end the campaign in fourth spot, but a commanding performance at Anfield ensured they signed off their 2017-18 Premier League programme with a flourish.

And Lovren, who scored Liverpool’s second goal on Sunday with a towering header, cited their collective strength as the reason for their achievements so far this season.

“Every year it’s getting more difficult to get into the top four. It’s about teamwork,” the centre-back told Liverpoolfc.com.

“We have a squad that can compare with every team in the world; we showed it in the Champions League [against] Porto, Manchester City and Roma in the first game. It’s the team.”

The hunger of Klopp’s side to showcase their attacking prowess was obvious from the off against Brighton, with Mohamed Salah, Dominic Solanke and Andy Robertson also getting on the scoresheet as the hosts racked up 22 attempts on Mathew Ryan’s goal, 11 of which were on target.

Lovren continued: “It looked easy but it wasn’t. We showed our quality again.

“We had a similar [situation] last season in the last game, we needed a win. We played brilliant football and had many chances; we could have scored more but it was enough with 2-0 at half-time to manage the game until the end quite well. We did it.

“It was brilliant and the most important thing is that we won and we are in the Champions League again next year, because everyone deserves that - the fans and us. Everyone is happy.”

The No.6 also paid tribute to Liverpool’s fans for their unwavering support during the campaign.

“It’s always great to score, especially in the last game. But the most important thing is the team. It was a great team performance and I want to thank the fans for giving us their support throughout the whole season,” Lovren said.

“We had bad moments as well but they stick with us, and that’s the most important thing.”