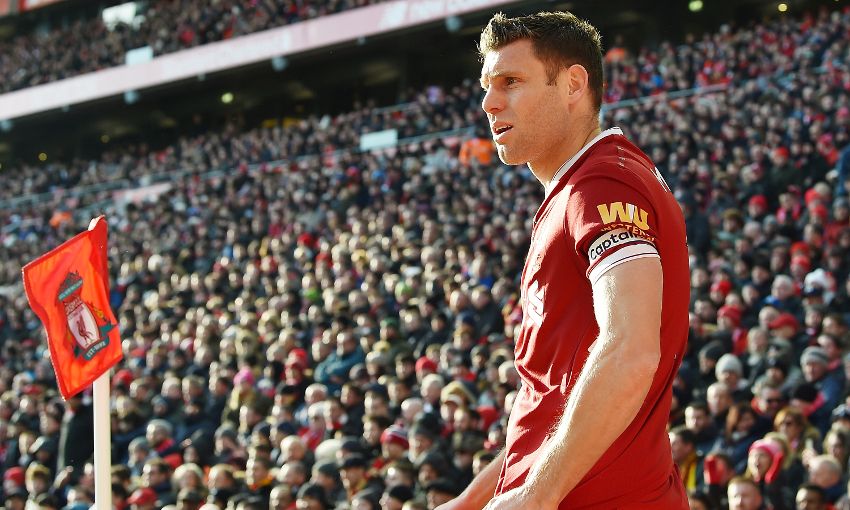 Jürgen Klopp has explained James Milner's absence from the squad to face Brighton and Hove Albion.

The Liverpool vice-captain sits out the final Premier League match of the 2017-18 season as a precautionary measure due to a muscle issue that has prevented him from training.

“It’s a little injury. It’s serious enough to put him out for today; he couldn’t train the whole week,” Klopp said of Milner before kick-off.

“We hope it will work out. But we had to accept it and we had to think about solutions. That’s the solution: Dom is in the team. Now we can go.”

There was positive news elsewhere for the Reds, with Adam Lallana fit enough to take a place among the substitutes after six weeks out.

“Good, of course. [He is] an important option for us,” the manager said.

“How long [he could play], I don’t know – we have to see what’s possible. But he trained completely normally, and that’s of course good for us in these times.”