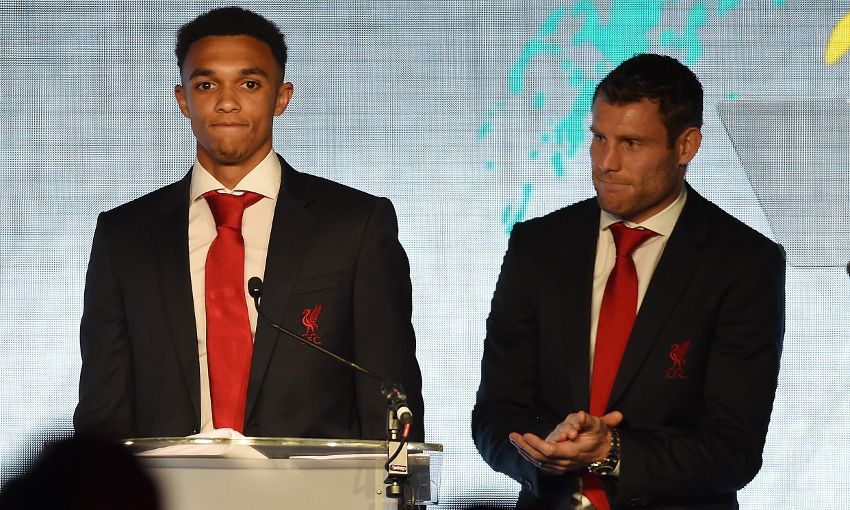 James Milner believes he 'can't say enough good things' about Trent Alexander-Arnold, and proved that point with a glowing tribute to Liverpool's Young Player of the Season.

The 19-year-old took the award for the second successive campaign after an outstanding run which has seen him cement the right-back spot as his own during the Reds’ surge to the Champions League final.

Mature displays in the two legs of the quarter-final against Manchester City were watershed moments in the fledgling career of a young man who possesses a fine blend of mental and physical attributes.

Alexander-Arnold’s influence has earned the respect of his elders in the dressing room, and Milner was delighted to present the accolade at the club’s Players’ Awards on Thursday night.

“He is absolutely top-class, on and off the field,” the vice-captain told Liverpoolfc.com.

“His performances on the field are easy to see: such a young player, with confidence, good on the ball and good going forward. Maybe [he has] surprised a few defensively, because as a young lad it’s the hardest part of the game.

“But some of the tests he has come up against – especially the Manchester City game where they seemed to play a lot of diagonal balls on him – he has dealt with brilliantly.

“As an all-round player at such a young age, he is phenomenal and he’s just going to get better and better, which is the best thing. Because of his attitude and the way he is off the field, I can’t say enough good things about him really.” 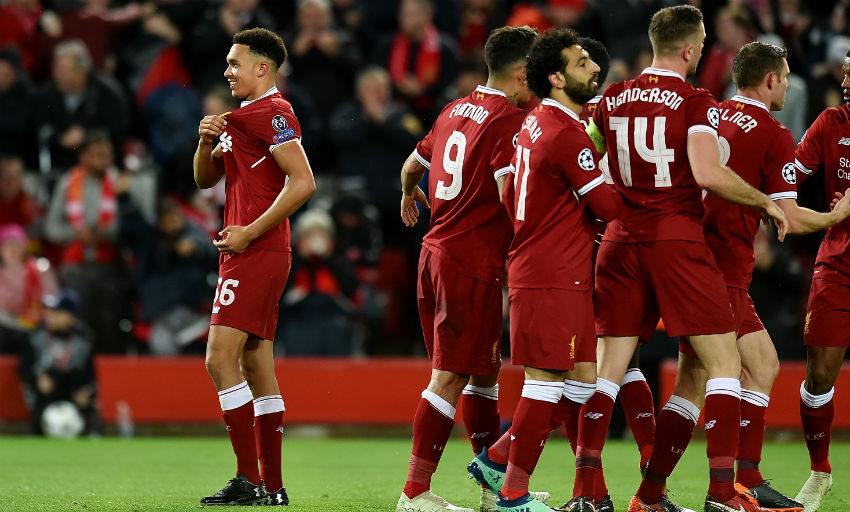 Like his younger teammate, Milner broke through to the big stage as a teenager.

So the experienced midfielder knows better than most the new challenges Alexander-Arnold is facing – and overcoming – as he progresses with Liverpool.

Indeed, the No.7 feels the demands on the emerging generation are greater than those placed on him when he took the step up to senior football with Leeds United in 2002.

But, as far as he can see, the Scouser takes each stage in his stride.

“His attitude is second-to-none. He has got more ability than I had!” said Milner.

“The sky is the limit, as all the young lads are – they push each other along. He is good mates with Ben [Woodburn] and the two of them together, their attitude is first-class.

“It is one thing having ability and being able to do that, it’s another thing wanting to learn, looking after yourself and dealing with the way the game is now.

“It was a lot easier when I played; it has changed so much since then with the media and the pressure of playing for such a big club like Liverpool. I had it at Leeds and he’s got it at Liverpool.

“He deals with it superbly every day. You’ve got to be careful with him because I don’t want him to get too big a head! But that’s the good thing about him – he’s never going to do that because of how he has been brought up really well, how he has been worked with at the Academy and how he has dealt with his success so far.

“Hopefully we can have a team success to end his good season.”