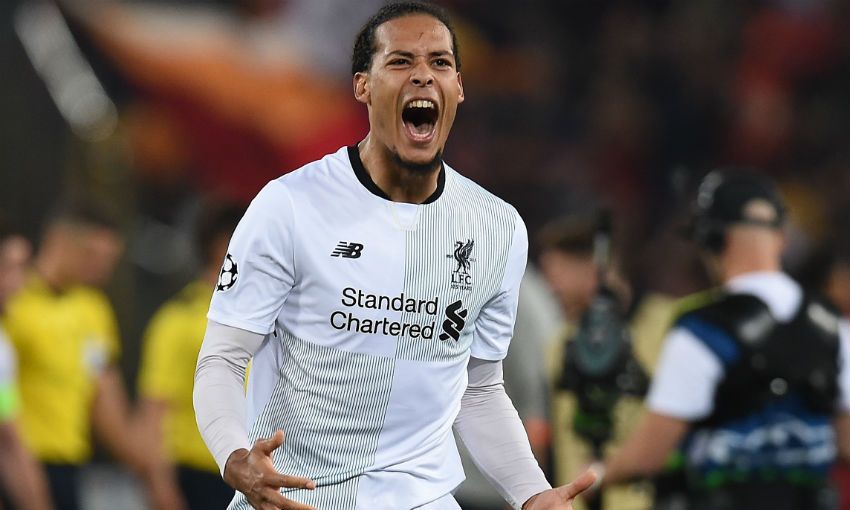 Virgil van Dijk enjoyed his Wednesday night in Rome, but Liverpool's No.4 recognises an opportunity to create something even better in three weeks' time.

A Champions League final against Real Madrid awaits after the Reds held off a second-leg fightback to defeat AS Roma 7-6 on aggregate in the last four.

Van Dijk and his teammates will now meet holders Real in Kiev on Saturday May 26 - and the Netherlands captain is already thinking about ‘finishing the job’ at the NSC Olimpiyskiy Stadium.

“It can get bigger, obviously, with the final, but it’s fantastic to reach the final and [with] all the hard work everyone put in,” he told Liverpoolfc.com in Rome.

“If you look at the fans as well, how outstanding they were - it has been crazy.

“If you look at the goals we conceded, the first one is a bit of a crazy one and then the pen and everything… so it was obviously a bit of a rollercoaster.

“But we are human beings so it was going to be difficult, and it might be that we finish the job [in Kiev].”

For more Champions League coverage ahead of the final, sign up to LFCTV GO and get your first month free>>>