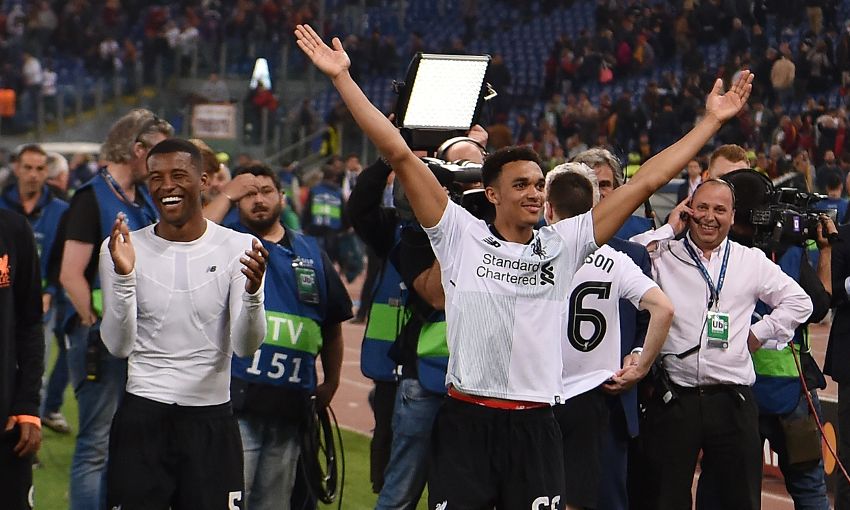 Liverpool secured a 7-6 aggregate victory over AS Roma on Wednesday night to ensure their thrilling Champions League campaign culminates with a mouth-watering final against reigning European champions Real Madrid.

The Reds began their journey in the play-off round back in August, when Jürgen Klopp's men beat German side Hoffenheim 6-3 over two legs and gave us a glimpse of the goal-fest that would follow in the Champions League proper.

Sevilla, FC Porto, Manchester City, Roma, Spartak Moscow and NK Maribor all fell victim to a Liverpool side that have set new standards en route to the final in Kiev.

Here we take a look at 10 sensational stats from the run... 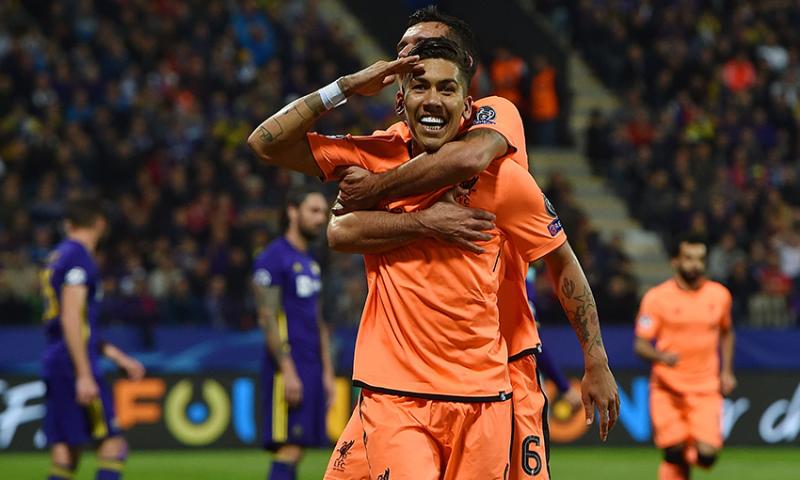 Having drawn with Sevilla and Spartak in their opening two games of Group E, Liverpool hit top form in October as they put seven goals past Slovenian side Maribor to record their biggest ever away win in Europe.

The 7-0 scoreline beat the Reds' previous best of 5-0, notched against Icelandic outfit Reykjavik in 1964, Northern Ireland's Crusaders in 1976 and Finnish side FC Haka in 2001.

The seven-goal drubbing also equalled the record for the biggest away victory in Champions League history.

Marseille scored seven without reply against MSK Zilina in November 2010 and Shakhtar Donetsk also won 7-0 away to BATE in October 2014. 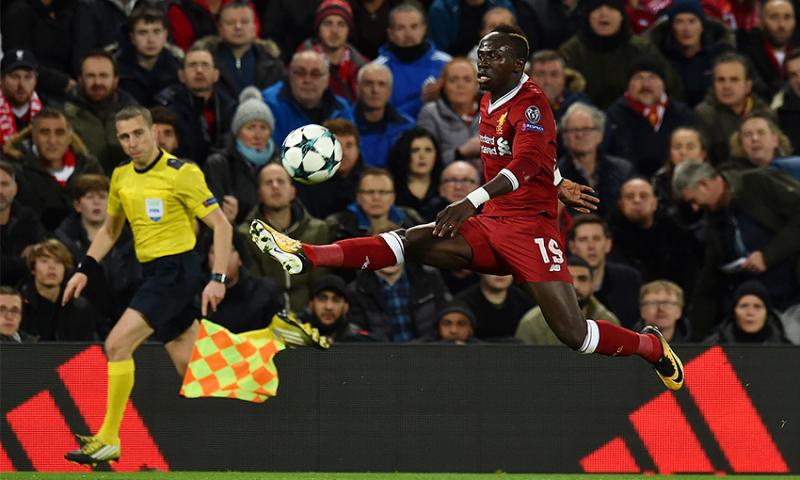 Liverpool matched another Champions League milestone when they recorded an emphatic 7-0 thrashing of Spartak at Anfield to secure a place in the knockout stages.

The Reds became only the second club to score seven twice in one season in the competition - equalling Bayern Munich's landmark from 2014-15.

The magnificent seven-goal victories by Klopp's side - plus two more triumphs later in the tournament - also went straight into the top 10 of Liverpool's biggest ever wins in the Champions League, but didn't knock Rafael Benitez's Reds off top spot. 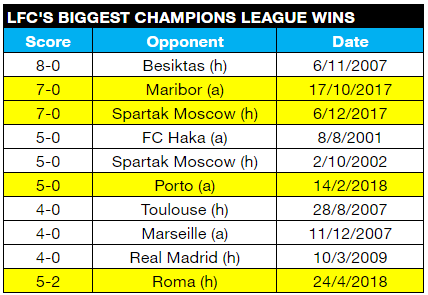 Rafa's side set a new Champions League record with an 8-0 win over Besiktas in 2007 but it was later matched by Spanish giants Real Madrid, who beat Swedish club Malmo by the same scoreline in 2015. 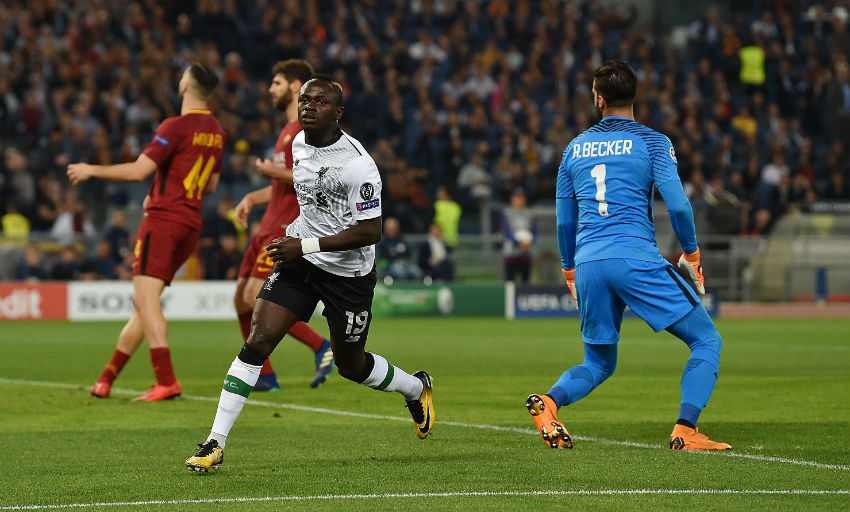 Having reached the semi-finals, Liverpool played out a 13-goal thriller with Roma that was the joint-highest-scoring knockout tie in Champions League history.

The two-legged clash, which the Reds won 7-6 on aggregate, equalled the record set by Bayern and Sporting CP in 2009.

But while Liverpool's tie went right down to the wire, Bayern's 12-1 aggregate victory over their Portuguese opponents was a bit more of a formality. 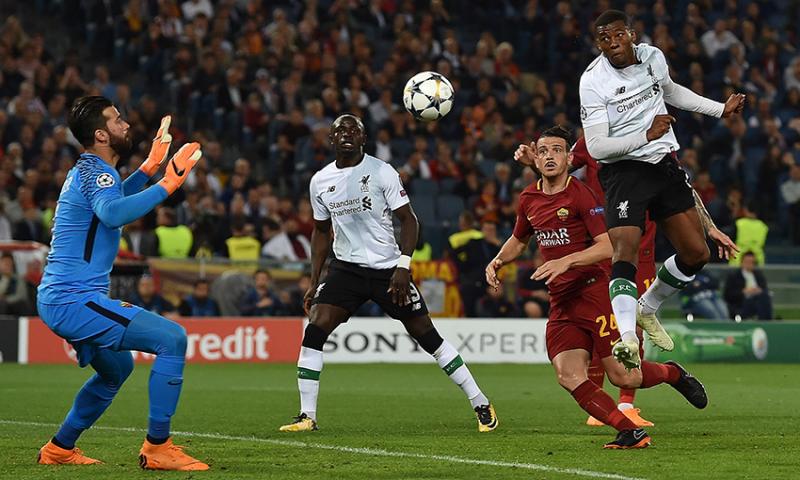 Klopp's swashbuckling Reds also broke the all-time record for goals in a single Champions League season, with one game still to play in the competition.

Liverpool's two goals in the semi-final second leg against Roma took their tally for the campaign to 46, beating Barcelona's total of 45 goals in 1999-2000.

Liverpool's 2017-18 haul includes six goals scored against Hoffenheim in the qualifiers, but even if they are discounted, the Reds would still rank third on the all-time list. 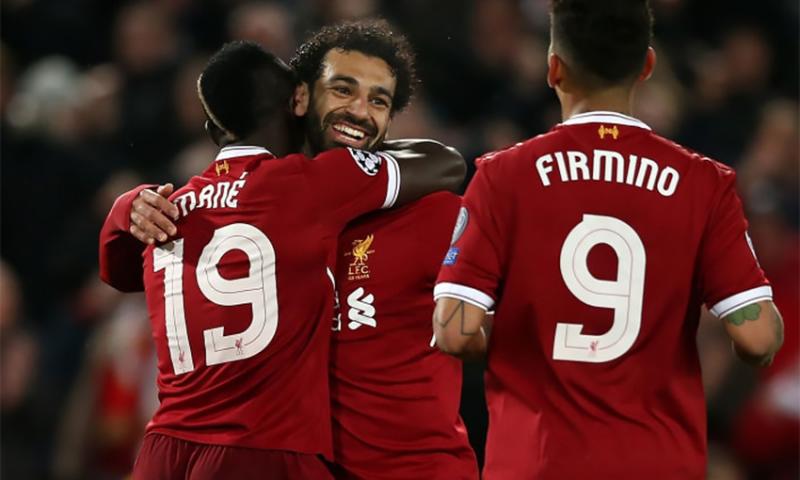 Liverpool's formidable front three have been key to the Reds' incredible goal haul and the prolific triumvirate have set a new benchmark in the competition.

Roberto Firmino (10), Mohamed Salah (10) and Sadio Mane (9) are now the highest-scoring trio for a single club in a Champions League campaign.

Their tally of 29 goals moves them ahead of Real Madrid's Cristiano Ronaldo, Gareth Bale and Karim Benzema, who netted 28 times in 2013-14. 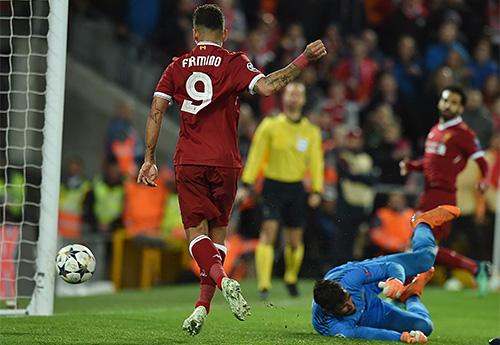 And while you might expect Liverpool's 43-goal forward Salah to be the headline act of the Champions League campaign, it's actually Firmino who can claim a piece of European history.

His two goals in the first leg against Roma moved him level with Inter Milan's Adriano as the fastest player to 10 Champions League goals.

But it's not just his goalscoring that has been incredible. The Brazilian has laid on eight goals for his teammates too, putting him joint-second in the all-time list for assists in a single Champions League season.

7. Milner is king of assists 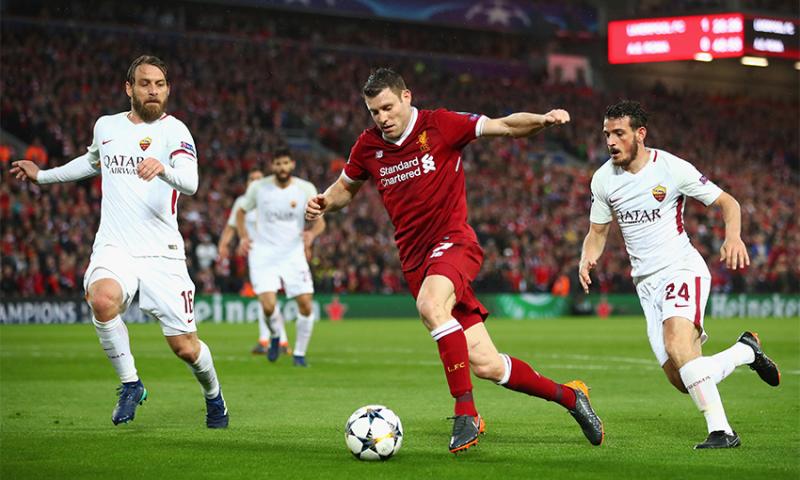 However, it's James Milner who has set a new competiton record for assists in a single campaign.

The Liverpool midfielder notched his ninth in this season's Champions League when he teed up Firmino's header for the Reds' fifth goal in the first leg against Roma.

That assist moved the LFC No.7 clear of Wayne Rooney and Neymar at the top of the standings.

Milner averages an assist every 87 minutes, while Rooney turned provider every 96 minutes and Neymar every 100 minutes. 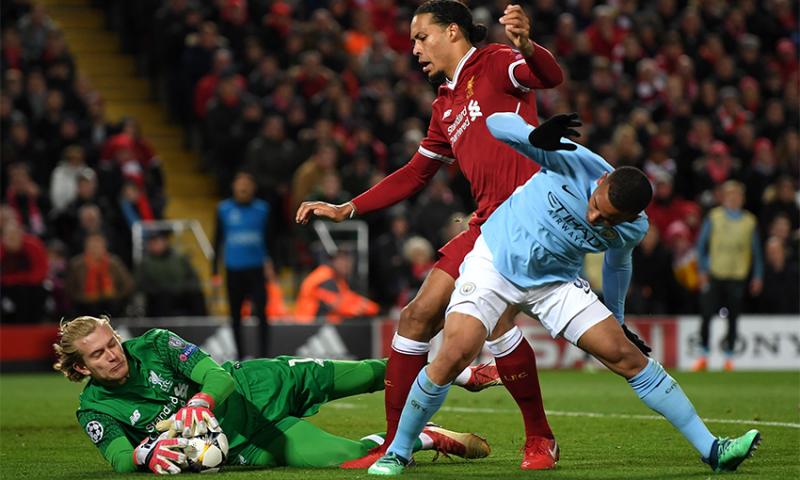 At the other end of the pitch, goalkeeper Loris Karius has quietly gone about his business.

Despite Liverpool's 4-2 loss at the Stadio Olimpico, he successfully claimed four crosses during Roma's onslaught and no stopper has collected more in a Champions League match this season.

The German has also kept more clean sheets during the 2017-18 European campaign than any of his peers.

His shutout in the quarter-final first leg against Manchester City moved him ahead of countryman Marc-Andre ter Stegen, whose Barcelona were ousted by Roma at the same stage of the competition.

9. Walking in the footsteps of giants 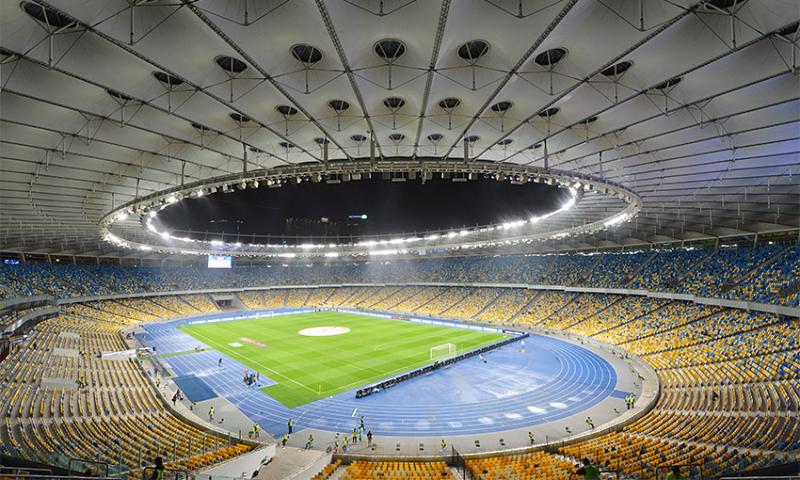 Liverpool will now contest the eighth European Cup final of their trophy-laden history when they walk out in Kiev on May 26, and that's three more than any other English side.

The club have famously won the trophy on five of those occasions - two more than any other domestic rival.

Manchester United are second to Liverpool in both lists, with five appearances and three triumphs.

Reds boss Klopp will be the fourth manager in LFC history to guide the club to a Champions League final, with each of his three predecessors winning it at least once.

Bob Paisley won three out of three, Joe Fagan won one of his two finals and Benitez matched that feat. 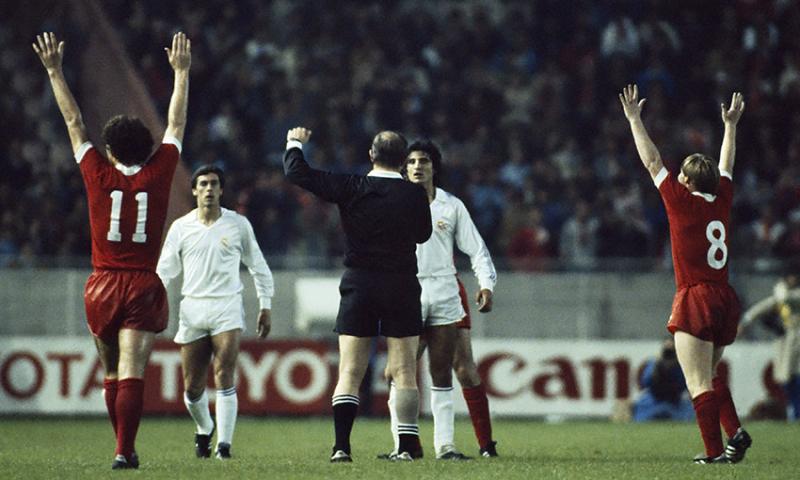 Klopp's side are expected to wear the club's famous red strip for the 2018 Champions League final, while opponents Real Madrid don their iconic all-white strip.

And the last team to beat Los Blancos in the final? Liverpool.