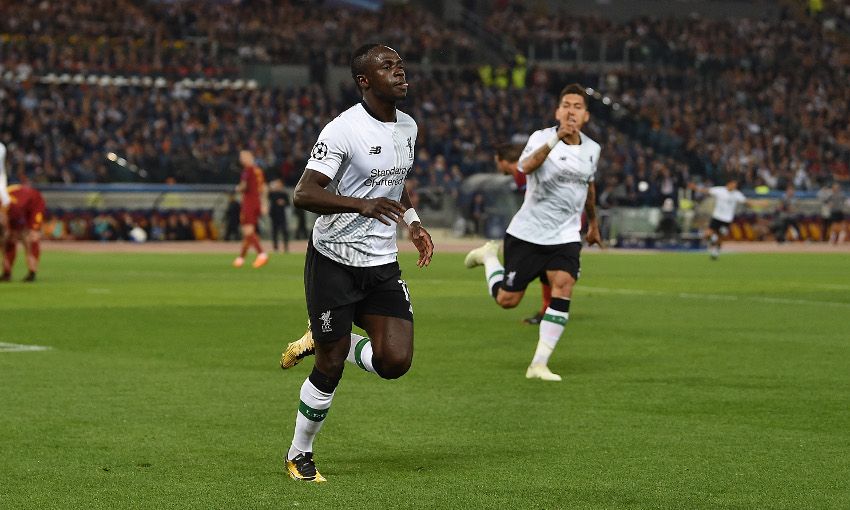 The Senegalese opened the scoring at the Stadio Olimpico as the Reds emerged 7-6 aggregate victors despite losing the second leg of their semi-final clash with AS Roma 4-2.

Ahead of the game in the Italian capital, Jürgen Klopp promised his side were, 'here to fight for our dreams' - and Mane echoed those sentiments once the job had been completed.

He told Liverpoolfc.com: "It sounds great! Honestly I think the dream came true and [we're] very happy - the players, fans, you guys.

"I think we deserved to win and to play this final."

Trailing 5-2 from the first leg, Roma refused to accept defeat in front of their own fans, producing an admirable display to come within a whisker of forcing penalties.

He added: "Before the game I always in my head think we can do it because we have the quality to do it. We also try to work as a team and we are Liverpool and we are strong, so that’s why we always believe.

"Dealing with pressure is part of football. They have a big stadium with all of their fans behind them, and also we have a great team with great quality in it.

"We tried to believe and we scored the first goal and in the end I think it was the key tonight.

"After that it was not easy honestly and when they got the penalty to score four, but you have to respect Roma it’s a big team and everyone knows what they did against Barcelona.

"I think we deserved to go through."

The winger went on to concede that the Reds won't be favourites for their final meeting with Real Madrid in Kiev, but he is confident the reigning champions can be overcome.

He continued: "I have big respect for Real Madrid and we are not the best team in the world but we have a great team.

"We are Liverpool, we are strong and we can beat any team in the world, so we are going to go there, try to do our best and win the cup."