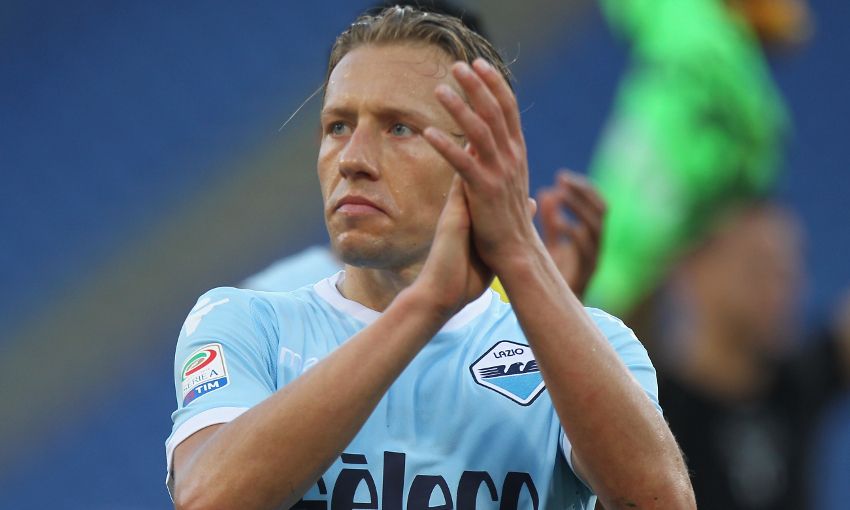 Lucas Leiva swapped Merseyside for the Italian city last summer as he bade farewell to the Reds after 10 years of sterling service to join SS Lazio; however, his passion for his former club remains as steadfast as ever.

And though Lucas will be some 1,400 miles away tonight, he knows exactly what kind of atmosphere Roma can expect to encounter in the first leg of the European semi-final.

The Brazilian told Liverpoolfc.com: “It will be a great night, for sure. For the players, a good experience.

“It’s a big game, a semi-final. It maybe won’t be that different from some games that I experienced with Liverpool - the Europa League, that game against Dortmund and then Villarreal.

“I’m looking forward to it and I’ll be supporting Liverpool for sure.”

While Lucas will be glued to his TV screen for the first leg, he’s hoping to be a little closer to the action next week.

He plans to attend the return meeting at the Stadio Olimpico – and to do so as part of the travelling Liverpool supporters.

“I’m still thinking about it, but I’m hoping I can go to the Liverpool end and watch the game - and maybe take some of my friends and my son,” he said.

“We still follow Liverpool a lot, we watch every game and I hope they can get to the final.”

The task of getting to that final in Kiev certainly won’t be an easy one for Liverpool as they prepare to come up against a Roma side who eliminated FC Barcelona at the quarter-final stage with a monumental comeback.

After losing the first-leg meeting at the Nou Camp 4-1, Eusebio Di Francesco’s team upset all the odds to conjure up a dramatic fightback and record a 3-0 victory over the Spanish giants to progress.

“They are full of confidence of course after the win against Barca,” Lucas explained. “Fair play to them because they played really well and I think they deserved it. The boost that gave them is massive.

“But in the city, one side will be supporting the Reds - the Lazio fans - because they don’t want to see their rival going to the final of course, but the other side of Rome is really excited, so it is going to be a big, big semi-final and let’s see what is going to happen.

“I would say Roma is a very aggressive team. They play a Premier League style of play I would say. They press very high and they have some quick players.

“They also have [Edin] Dzeko and he is a big player for them. Liverpool will know him very well.

“We can expect a very good semi-final, but I think Liverpool have all the tools and the power to win because we could see against Manchester City how strong Anfield is.

“Having a good result in the first game could be the key as well for the second game here in Rome.”