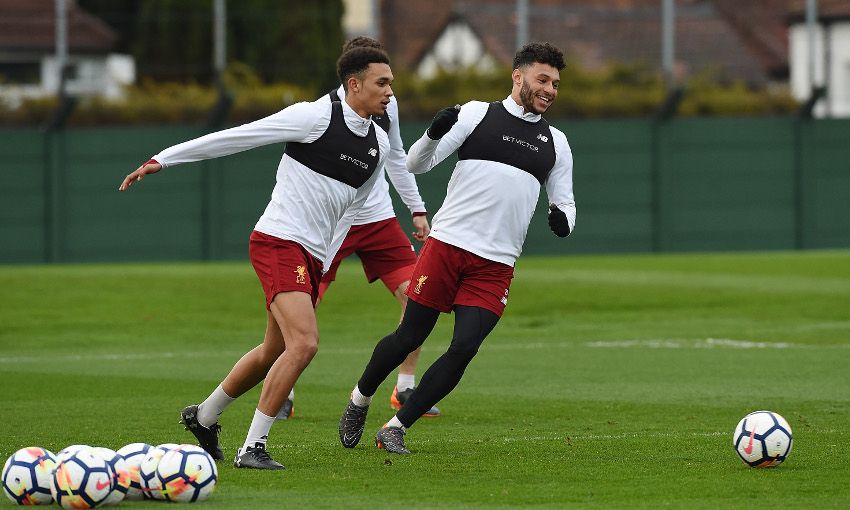 Trent Alexander-Arnold's impressive recent form for Liverpool has earned him no shortage of praise from fans and pundits alike.

But appreciation for the teenager is even more substantial inside the Anfield dressing room if Alex Oxlade-Chamberlain's words are anything to go by.

After the Reds bookended a week that featured progression to the Champions League semi-finals by earning a comfortable Premier League win over Bournemouth, Oxlade-Chamberlain was asked to sum up the contributions of his Scouse teammate following another fine showing.

And the former Arsenal man grasped the chance to wax lyrical about a player he believes is destined for the pinnacle of the game.

"I think he's grown massively. In every big game he's stood up and been counted," he told Liverpoolfc.com.

"I'm sure along the way he's had a few mistakes but whenever I've seen him make errors I've not seen them repeated and that's credit to him as a person and as a player.

"To make mistakes at this level, you can come in for criticism and scrutiny, [but] he's learnt from it and got on with his business.

"He's never scared to get on the ball and produce great things going forward and defensively he's been outstanding.

"Over the two legs [against] Manchester City, it's the best performance I've seen from anyone over two legs in such a big game.

"And even more credit to turn up today and produce again - that's great for him going forward.

"The sky's his limit, he can go as far as he wants to in this game, he really can."