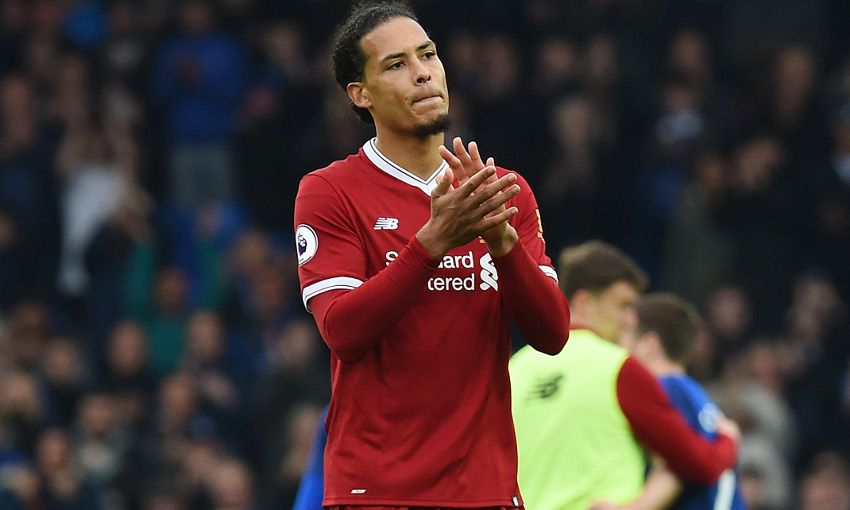 Virgil van Dijk declared a clean sheet the big positive for Liverpool after they were held to a frustrating 0-0 draw by city rivals Everton on Saturday.

The Reds dominated possession and took 10 shots to their opponents' six at Goodison Park but were ultimately forced to settle for a point in the 231st Merseyside derby.

The hosts' best spell came in the final 10 minutes as both Seamus Coleman and Dominic Calvert-Lewin went close, with those chances leading Van Dijk to concede that he and his teammates rode their luck at times.

As such, the self-critical Dutchman was not overly enthusiastic in his assessment of the performance put on by Jürgen Klopp's team, though he was at least pleased to clock up another shutout.

He told Liverpoolfc.com: "It's pretty hard to come here anyway, but three days after the Champions League game it's tough.

"We were sloppy, obviously we had our moments but it was hard. It was a tough pitch but I'm only happy with the clean sheet.

"For the rest we need to recover well and prepare for Tuesday.

"Sometimes we need to play better, myself as well, but you can't deny that some legs are a bit tired. But it's part of the game and I'm happy that we kept a clean sheet but that's the only thing.

"Maybe in one or two moments we were a bit lucky but sometimes you need that as well.

"In the first half we had our moments but in the second half it wasn't good enough so we need to learn from it and be ready for Tuesday."

Liverpool's focus now turns back to the Champions League, as they look to build on an Anfield-inspired 3-0 aggregate lead in the second leg of their quarter-final tie with Manchester City on Tuesday.

Despite the Reds' hefty advantage, Van Dijk does not want to travel to the Etihad Stadium with a defensive approach.

He added: "We are going to discuss it over the next couple of days but I think we need to do our own thing.

"We don't need to go there and think we need to defend, we just need to play our game as we did in the first half against them.

"It's going to be a very hard game but I'm looking forward to it."