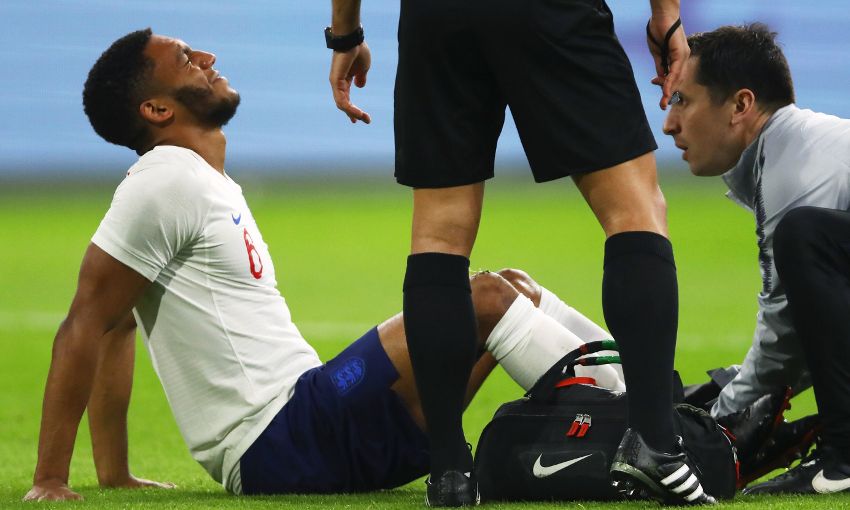 Joe Gomez will be assessed by England after the Liverpool defender was forced off 10 minutes into the friendly with the Netherlands on Friday night.

The 20-year-old sustained an ankle injury in the early stages of the World Cup warm-up match in Amsterdam.

“We need to have a closer look,” England manager Gareth Southgate told BBC Sport after the 1-0 win for his team.

“We didn’t like the way he landed, he was knocked in the air. We don’t know at the moment, we need to check that.”

The Three Lions return to England on Saturday ahead of a Wembley clash with Italy next Tuesday.