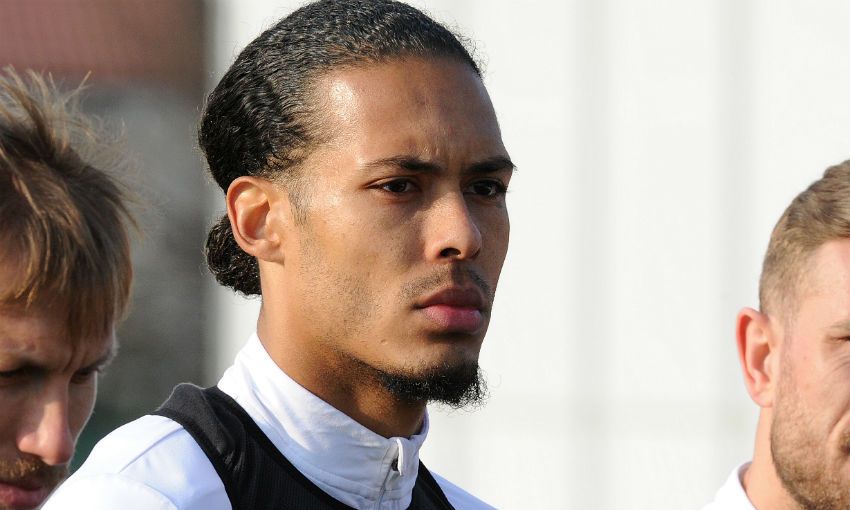 Virgil van Dijk feels settled into life at Liverpool and believes his performances are improving as he adapts to Jürgen Klopp's demands.

A January signing from Southampton, centre-back Van Dijk made his 10th appearance for the Reds in their comprehensive 5-0 win over Watford at the weekend.

The unflappable No.4 has consistently displayed his quality since his Liverpool debut in early January - when he scored a Kop-end winner against Everton - and he expressed satisfaction with how his fledgling Anfield career is progressing after Saturday’s victory.

“Do I feel settled in now? Yeah, definitely,” Van Dijk said. “Quicker than I might have thought? I don’t know.

“Now, I’m getting better and better and the understanding with all of the players is getting much better. I’m just playing my game and trying to help my team.

“What per cent am I now? That’s difficult. But I’m completely over the ankle problems, definitely. That was already the case when I started playing again at Southampton.

“It’s more than that, it’s also just condition-wise and the way Liverpool play you need to be spot-on. That’s pretty clear right now.”

Van Dijk made his Champions League bow for Liverpool in last month’s breathtaking 5-0 win at FC Porto, a result which saw Klopp’s team through to the quarter-finals.

Last Friday’s draw pitted the Reds against Manchester City in the last eight - and Van Dijk is anticipating a tough tie with the Premier League leaders.

“Everybody knows that anyone we get is going to be very hard,” the 26-year-old said.

“Man City is a very good team, very hard to play against and we need to be 100 per cent or even better to beat them over two games.

“We can prepare for that when the time comes.”