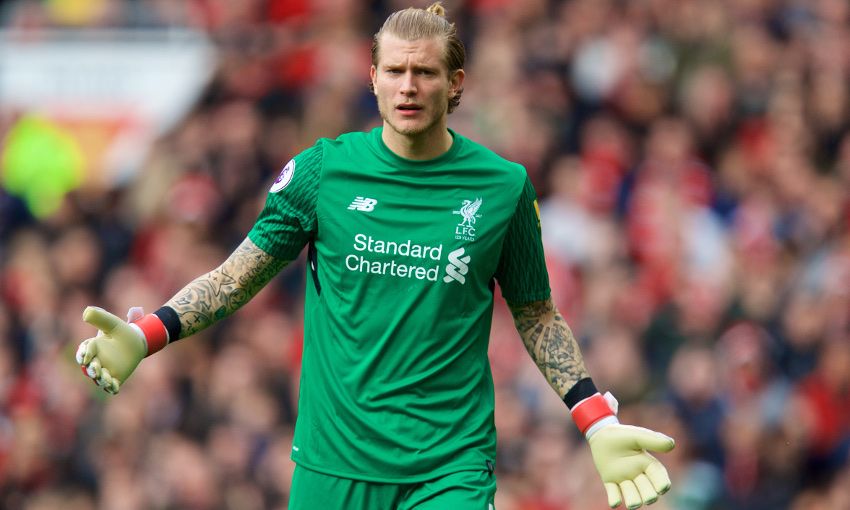 Loris Karius highlighted Liverpool's first-half performance as the reason behind their 2-1 defeat to Manchester United on Saturday.

Jürgen Klopp's team conceded twice from Marcus Rashford and were fortunate to see a Juan Mata overhead kick fly past the post in a forgettable first 45 minutes at Old Trafford.

Although Eric Bailly's 66th-minute own goal provided hope, the Reds had ultimately left themselves too much to do in the second half as they suffered only their fourth Premier League loss of the season.

Reflecting on the match, Karius told Liverpoolfc.com: "In the second half we did well but the first half of course was not really good so it’s frustrating in the end, because you ask yourself why we didn’t play as good [as we did in the] second half after the game.

"That’s our own fault, we have to ask ourselves that question. It’s not easy to get something here if you only play good for one half so, of course, it’s disappointing.

"At the end, we could still get a point but the first half wasn’t really good from us. We didn’t defend the counter-attack so good when they had their moments.

"Of course, you can say the first goal was a really good finish and the second one gets deflected twice, but before that you have to clear the ball.

"At half-time we spoke about it and we tried everything in the second half but it’s difficult to score twice here when you are 2-0 down. We did everything we could and could have scored, but it’s disappointing."

The German insisted, however, that he and his teammates will work closely with Melwood's analysis staff in order to work out exactly what went wrong in Manchester.

"We always look at the games after it," he added.

And Karius is targeting an immediate response from the Reds next week, when they return to Anfield to take on Watford.

He continued: "Next week is a very important game, we are at home where we want to respond and we have to respond.

"Now we go home and look at what we can do better and we start next week and focus on the next big game."