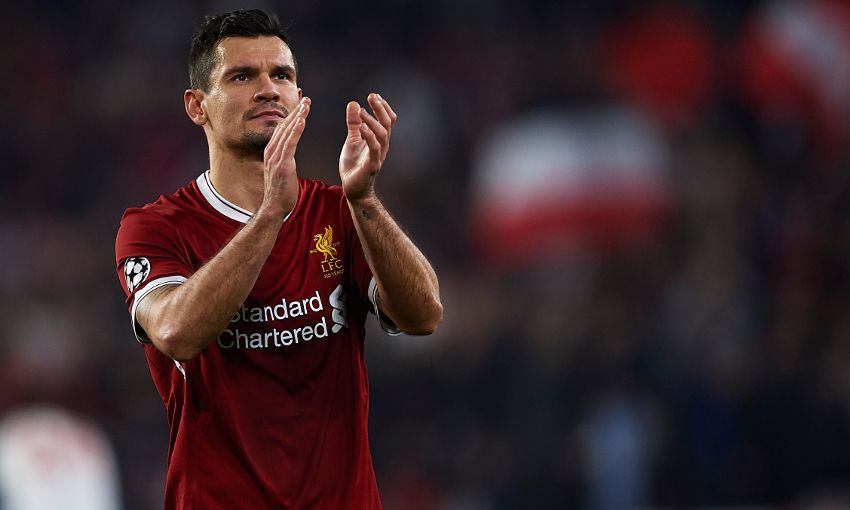 Dejan Lovren has warned Liverpool's potential Champions League quarter-final opponents that he and his teammates are 'ready for everything' as they continue to chase their European dream.

The Reds booked their place in the last-eight draw – which takes place one week on Friday – after a 0-0 tie with FC Porto at Anfield on Tuesday evening.

The stunningly emphatic nature of their 5-0 win in the first leg at the Estadio do Dragao last month meant Jürgen Klopp’s side were able to secure their progression with a comfortable performance on Merseyside.

And Lovren asserts Liverpool hold no fear ahead of discovering who they’ll tackle in the next stage of the tournament.

He told Liverpoolfc.com: “From the beginning, it is difficult when you [as an opponent] need to play here at Anfield at this stadium. We are ready for everything; whoever comes, we are ready to fight.

“I think if we are ready and prepared to fight until the end, I am a big believer that we can see ourselves into the final.”

Liverpool finished the job against Porto with a professional display at Anfield.

The contest may not have been as high-octane as other European nights at the stadium this season, but Lovren took satisfaction from the manner in which the Reds saw out the tie.

“We needed to show our character and from the beginning we needed to have in our minds that it was 0-0 so nothing wrong could happen,” said the centre-back.

“It’s brilliant [to reach the quarter-finals]. It’s what we wanted from the beginning when we arrived into the Champions League.

“It was tough from the beginning. It wasn’t our best game but we didn’t concede again, so that’s a good point for everyone. We had a couple of chances and could have scored, but in the end the most important thing is we are through and now we prepare for the next game.”

Watch: The best of the action at Anfield

Liverpool’s shut-out against the Portuguese side was their fifth in their last seven fixtures in all competitions – and their second in succession at Anfield.

Loris Karius was again selected as the man between the posts for the Reds and Lovren has been impressed with the goalkeeper’s form.

“Loris is in a good mood I would say and hopefully he will stay like that throughout the rest of the season,” said the Croatia defender. “Simon Mignolet is here, he is working hard, so don’t forget him also.

"It’s always good to have a clean sheet at home with our fans. We couldn’t give the satisfaction to the fans of seeing many goals like in previous games, but with a couple of changes it was also a good idea to rest some key players.”

Liverpool will now put continental matters to one side as they return to Premier League duties – starting with a mouth-watering clash against Manchester United at Old Trafford on Saturday lunchtime.

“It will be a massive game – one of the biggest games in Europe,” stated Lovren. “It will be a tough game and let’s see what will happen, but we are full of confidence and it’ll be a big fight for second place.”