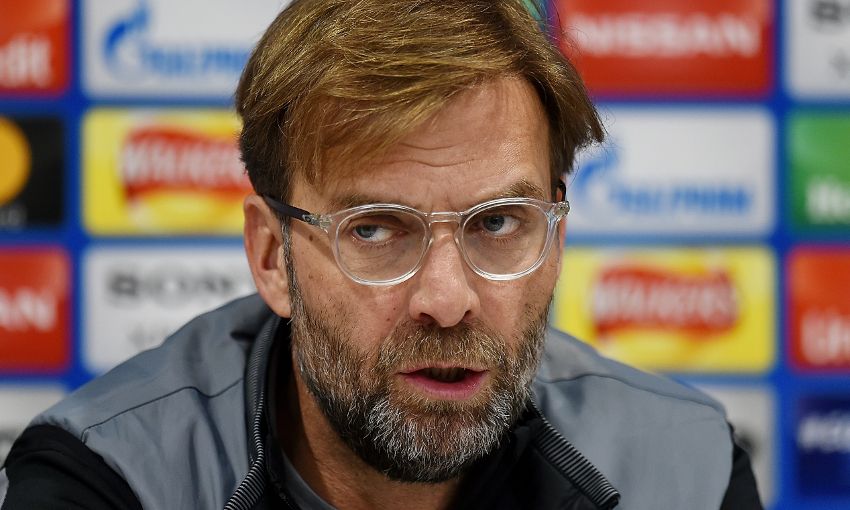 Jürgen Klopp has confirmed he will not make wholesale changes to his starting line-up against FC Porto at Anfield.

Liverpool host the Portuguese side in the second leg of their last-16 tie, in possession of a commanding 5-0 lead from the opening meeting at Estadio do Dragao in February.

With a trip to Manchester United to follow in the Premier League on Saturday, there have been suggestions that Klopp could utilise the depth of his squad on Tuesday night.

But Klopp insisted his respect for Porto, and the Reds’ unbeaten record in the competition this season, means changes to the XI that defeated Newcastle United at the weekend will be limited.

“We could [rotate], but I’m not sure I will do it because it could be misunderstood,” the manager told Liverpoolfc.com ahead of the match.

“We are unbeaten so far in the Champions League this season and I would love to stay unbeaten as long as possible. That would help a lot.”

With Liverpool set to train later on Monday afternoon, Klopp explained that final decisions will be made on who faces Sergio Conceicao’s team only in the hours before the game.

“I didn’t make the line-up so far because I couldn’t,” he said.

“Today will be kind of a second-day recovery for the boys, which means I have to make the decision tomorrow morning when we do a little bit of tactical stuff. We’ll have a meeting and prepare the boys with the videos. That will make us ready for the game.

“It’s a challenge; if we would have won 1-0 or 2-0, nobody would ask me [about rotation]. That’s actually how I see it. Why should we think about it?

“It’s only because we scored two or three more goals to make it kind of cool. Afterwards, you have to get the rhythm back again.

“The boys look good in the moment and we should use that. It’s possible that we’ll make a few changes, of course, but only because we want to win the second half of the game.”