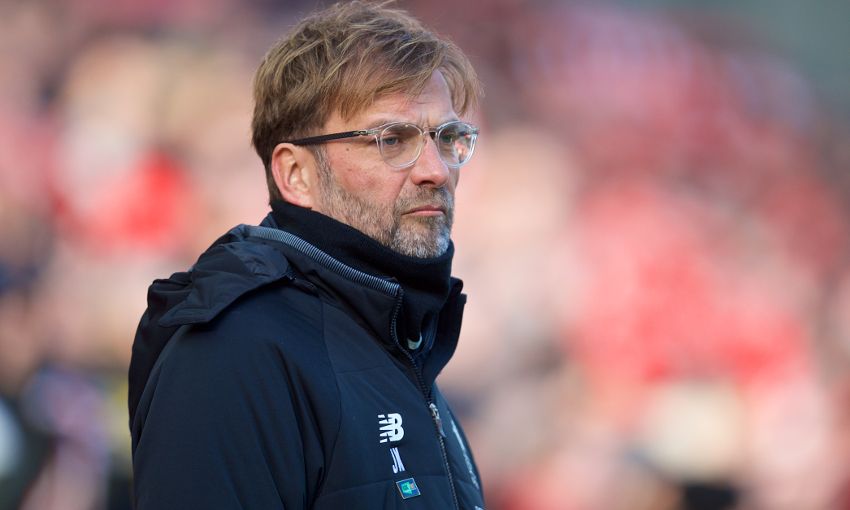 Jürgen Klopp believes Liverpool are a club in ‘a good moment’ – but knows a disappointing result against Newcastle United on Saturday could change the mood.

On the pitch, the Reds have lost just one of their last 19 Premier League matches and are well positioned to claim a top-four finish, while they enhanced their chances of making the Champions League last eight with a 5-0 win in FC Porto in the last 16, first-leg tie last month ahead of next week's return.

Away from the field, earlier this week the club released its financial results for the year up to May 31, 2017, which saw sustained growth and further investment.

However, while pleased with the current feel-good factor around Anfield, Klopp insists securing three more points against Newcastle tomorrow is of more concern to him at this moment in time.

He told his pre-match press conference at Melwood: “I’m still not in the mood to think and feel the positivity of the situation. I am really not. Yes, when you say that we’ve won nine of the last 12 [in all competitions], it’s a good number but actually the only game we have to win is the Newcastle game. That’s really the only thing I’m interested in – that’s how I feel.

“The positive numbers, perfect. It’s good. The club invested a lot in the last few years since I’ve been in; we’ve built a new stand, we’re planning a new training ground, we have brought in fantastic players, so I am completely fine. I am not interested too much in it, to be honest. It’s not that I ask, ‘Can you tell me, how much is in the account?’ or whatever. We brought in the players we wanted to bring in for the price we wanted, at the end, to pay – not more, not less.

“Yes, the club is until today in a very good moment but we all know if we don’t perform tomorrow, then it feels different immediately. That’s the only thing I am interested [in].

“When the season is over and we have a look back, then maybe I will have a beer on the fantastic numbers and all the games we didn’t lose, or we won, and all that stuff.

“Really, it’s just very busy. Positive yes, but [a] busy moment. How we feel it, with a lot of training, normal training, intensity, preparing the team for the next game, which is difficult.

“We know who is coming – a Liverpool legend is coming, Rafael Benitez one of the best managers in the world. We all know how he works, how he can organise a team, how he can make your life really difficult. I like him as a person, but I actually think we’ve given enough presents already to him since I have been in. 2-0 up in the home game when we played them [and it finished 2-2]. And at Newcastle, I think even Rafa knew it was a little bit lucky for them.

“We need to be really focused, really concentrated on the game and it will be interesting again.”