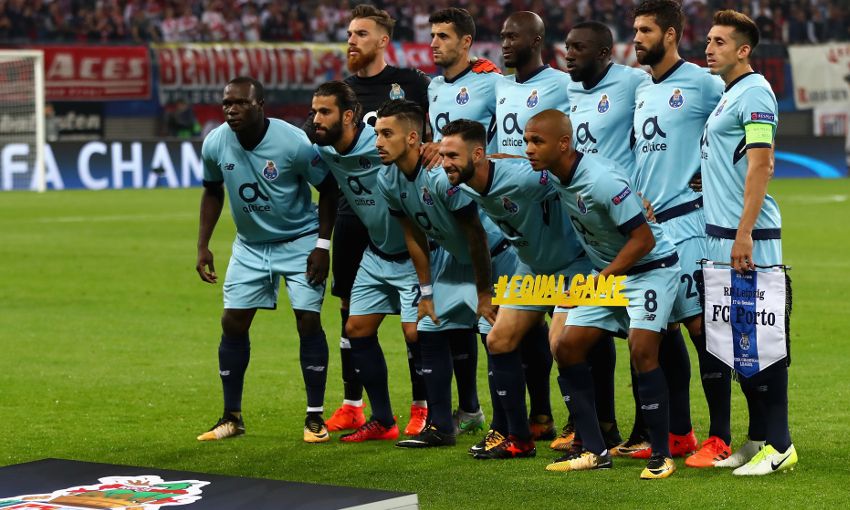 Liverpool take on FC Porto in the first leg of their Champions League last-16 tie this evening – but what sort of test can the Reds expect? Maisfutebol journalist Luis Pedro Ferreira provides Liverpoolfc.com with some very detailed insight ahead of kick-off…

How are Porto performing this season?

It has been an exciting season for FC Porto so far. Despite the financial constraints that led to one summer signing (third-choice goalkeeper, Vana) manager Sergio Conceicao put together a team that has been on the top of the Portuguese league from day one.

Although eliminated in the League Cup semi-finals by rivals Sporting in a penalty shootout, Porto are yet to lose a game in national competitions in 90 minutes. Undefeated in the league, they’ve only lost two points at home too: a 0-0 against defending champions Benfica.

In short, Porto have been the dominant team in Portugal so far. Reaching the last 16 of the Champions League proves that, too.

There are different reasons for Benfica and Sporting to be out of the competition - the Lions were in a group with Juventus and Barcelona, for example - but the fact is that Porto are the only Portuguese team still in the UCL.

The Dragao Stadium has been a fortress, but one team managed to beat them there: Turkish side Besiktas, on the opening day of the Champions League. That game had a serious impact on the team’s strategy, as we’ll see later. The other side that beat Porto was RB Leipzig, in a thrilling encounter in Germany that finished 3-2.

How would you describe their style of play?

We can say that there are two faces for Conceicao’s team. One that plays in the league, especially at home, and another when playing Champions League football, but including when facing rivals Sporting and Benfica in domestic competitions.

At the Dragao and through the majority of Portuguese league games, Porto play in a 4-4-2 formation. This was their system for the first eight matches of the season, in all competitions. Yet, the Besiktas game was a lesson learned, as acknowledged by manager Conceicao immediately after the game, and Porto changed system and strategy in big games.

Against French champion Monaco, Porto played an extra midfielder, changing into a 4-2-3-1. Besiktas exposed them to quick offensive transitions that they weren’t able to cope with. Conceicao reduced the risk of counter-attack by deploying Sergio Oliveira in the middle.

Moussa Marega also plays a big role in those two systems. The Mali international plays up front in 4-4-2, but moves into the right wing when in 4-2-3-1.

Their style of play differs from domestic to continental competitions. In Portugal, it is expected that Porto have possession for the longer period of the game. In Europe, that is not often the case. That said, there’s one thing that stands out in their game: strength and speed up front. With only three touches from defence to offence, this team can damage you. 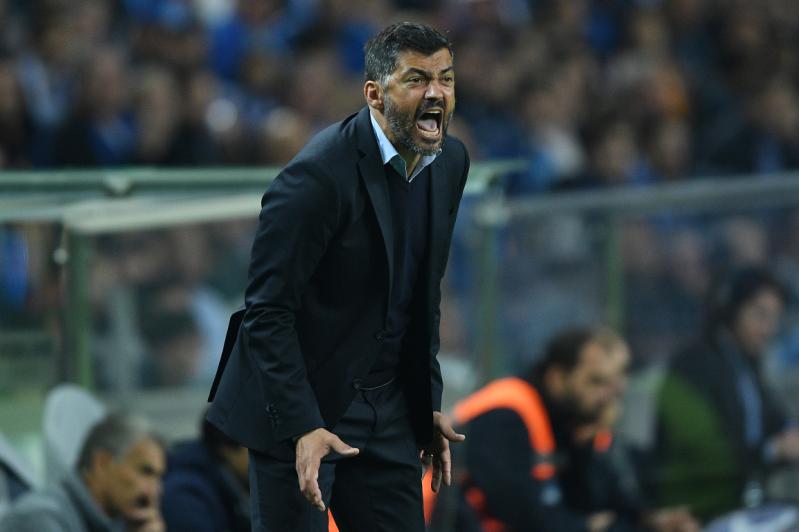 Who are their danger men, the players Liverpool need to be wary of?

African talent and power is a big part of this FC Porto side. Marega and Vincent Aboubakar (doubtful) are the two usual strikers. Big and strong, they pose a physical threat to every opponent. But if you’re wondering who the star player is, Algerian Yacine Brahimi is your man.

While Cameroon international Aboubakar spends more time in the middle and in the box, sometimes as a target man, Marega’s movements are wider. This is why Conceicao can use him on the right wing, with Marega always looking to go forward and use his power and quickness to create chances.

Neither of them are as brilliant as Brahimi, though. He’s the most talented and exciting player in the squad, with fast dribbling and penetrations from the left flank to the middle. His one-two passing with the strikers and left-back Alex Telles is something every team should be wary of.

How much of a threat will Porto be to Liverpool’s hopes of progressing to the quarter-final?

I don’t know the general feeling of Liverpool supporters about the draw, yet even if Porto are not Bayern Munich or Real Madrid, they’re a tough team to beat. I would put Liverpool as slight favourites. Probably, 55-45 per cent because of Premier League pace and mentality and Anfield being the decider.

What are their main strengths and weaknesses?

I think you already have a picture of Porto’s strengths when I talked about Marega, Aboubakar and Brahimi. This is a team that is extremely dangerous exploitng opponents with a high defensive line, leaving space behind. And if their running is something to pay attention to, the aerial game is one of Porto’s main virtues.

They are tall, they are strong and they have Alex Telles to swing crosses in. The Brazilian left-back has 15 assists this season, three of them in one single game: against Braga earlier this month.

On set-pieces, that aerial threat doubles. Centre-backs Felipe (suspended) and Ivan Marcano (doubtful) join the attack as with any other team. Third option Diego Reyes also has the ability to score from set-pieces. They are quite good headers of the ball and Felipe’s jumping is quite impressive. Holding midfielder Danilo (injured) is another player to look at and even substitute striker Soares poses serious aerial danger when playing.

He scored the winning goal against Sporting last week, in the Portuguese Cup semi-final, first leg. How? A header from open play against a side that played a three centre-back system: Christian Piccini, former Liverpool man Sebastian Coates, and ex-Barcelona player Jeremy Mathieu. Height? 6ft2, 6ft4 and 6ft2. And on Sunday, he scored again: a double at Chaves, the second one a fantastic volley.

Marega and Aboubakar (and Soares) are so good at exploiting space that when facing a team that defends deep, they struggle. Especially Marega, whose speed becomes less useful and because of his technique. 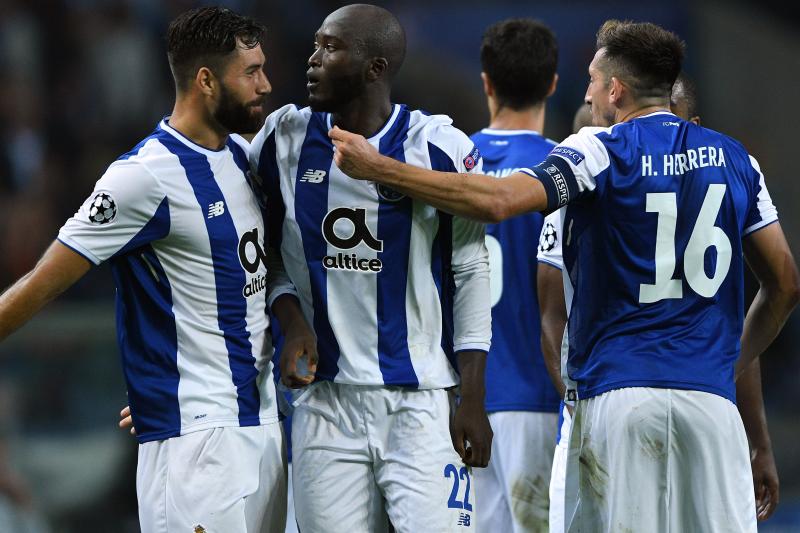 Porto’s weaknesses are, of course, more noticeable when playing in Europe. There aren’t many teams in Portugal that can damage Porto. Against those they were still the better side even when they didn’t win: they have played Benfica once (league, 0-0) and Sporting three times: 0-0 (league), 0-0 (League Cup, lost on penalties) and 1-0 (Portuguese Cup semi-final, first leg).

Besiktas and RB Leipzig were the teams that beat the Dragons. Because they found Porto’s weaknesses? Yes, and because strategy failed. Lesson learned from the Besiktas match, Conceicao deployed a third midfielder in Germany, but that didn’t solve problems in that particular game. The team kept pushing up and left huge space. Against an RB Leipzig that knows how to get out of pressure, Porto allowed another three goals in a game (3-2): a feat that only these two teams have accomplished so far. At the Dragao, the strategy was corrected and Porto got away with a win.

So, when they are pressing high, if one breaks their first line they have trouble regrouping and becoming compact. Without the injured Danilo Pereira this becomes a bit more obvious.

A European champion with Portugal, the holding midfielder is a crucial player in the team and his absence, I believe, can have a huge impact against Liverpool, although his replacement Sergio Oliveira is in great shape, scored at Chaves on Sunday and is very dangerous on free-kicks.

The number of games played is starting to have an impact, too. The Premier League fixture list is sometimes targeted as a problem for English clubs, but bear this in mind: Liverpool have played 38 games, FC Porto 36 and a half - the game in Estoril was suspended at half-time and they still have 45 minutes to play.

The squad didn’t have the necessary depth and the winter transfer market brought Osorio, Paulinho, Goncalo Paciencia and Waris. The first three were playing in the Portuguese league (Goncalo, who is the son of legendary FC Porto striker Domingo, was called back from loan) and Waris was loaned from Lorient.

That said, player availability and freshness can be a cause for concern for Conceicao. Felipe is a tough centre-back who likes his presence to be noticed, but his suspension is something Porto will really have to deal with against a Liverpool side that is faster and more dangerous than Portuguese opposition.

If Marcano doesn’t recover, Porto will be playing without the two starting centre-backs and defensive midfielder. Aboubakar is still doubtful, but Soares is more than capable of filling his shoes.

Which Liverpool players will be key to getting a good result?

Let’s start from the back: Virgil van Dijk. The Dutchman will be crucial in dealing with Porto’s aerial game and forwards’ strength.

Next? Trent Alexander-Arnold. To stop Brahimi is quite a mission, but with the help of teammates, if he can do it, that reduces Porto’s creativity.

Whoever plays in midfield needs to be solid and aggressive in duels.

Last but definitively not least, Mohamed Salah. I guess you expect that from him in any game, but regarding Porto’s and Liverpool’s characteristics the Egyptian can really be the key player. 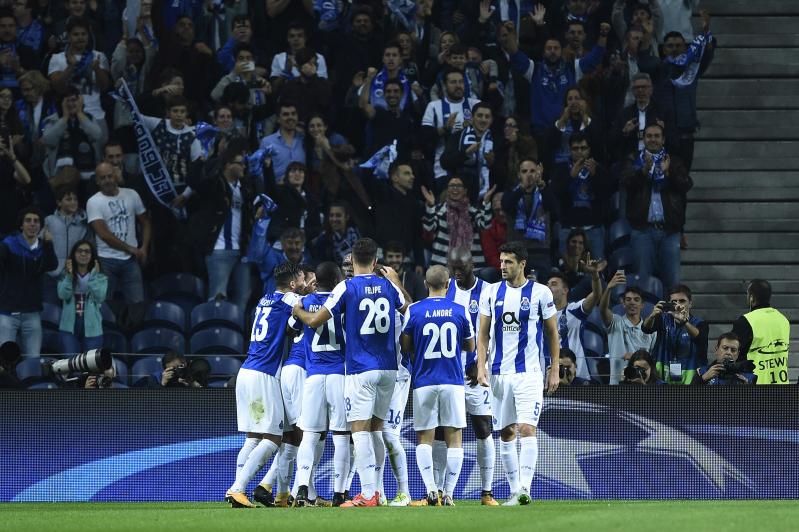 What do Liverpool fans travelling over need to know about the city of Porto?

Tourism is thriving in Porto and if you haven’t been you’re missing something.

Don’t be surprised to see English names around: this has to do with port wine and a treaty between Portugal and England. A very, very old one.

Go to Ribeira: a world heritage site and a stronghold of FC Porto supporters (port wine lodges are on the south bank in the city of Vila Nova de Gaia… with a view to Porto. Just cross the D. Luis bridge).

Eat a francesinha (and have a beer).

Some other places: Palacio de Cristal gardens, Aliados and Clerigos.

Some nightlife: look for Galerias.

Porto has a Metro service. You can go straight from the airport to the city and/or to the stadium.

Finally, what’s your prediction for the game?

Like famous FC Porto former captain and European Cup-winner Joao Pinto once said: “I only make predictions after the game.”

On paper, it looks like an exciting duel between teams that have some similarities: I’m expecting two goals at least.