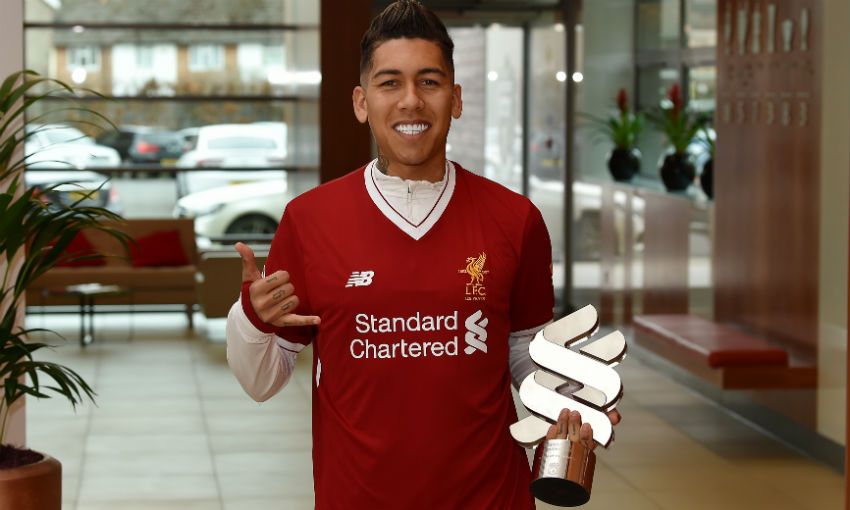 Roberto Firmino has today been announced as Liverpool's Standard Chartered Player of the Month for January.

The Brazil forward narrowly edged out Mohamed Salah to claim the first accolade of 2018 after scoring three goals in six appearances.

It’s the second time in his Reds career Firmino has won the award, having also scooped it for his performances in January 2016.

Upon being presented with the trophy at Melwood, he told Liverpoolfc.com: “I am very happy to receive this prize for being the Player of the Month and I hope to win more awards during this season. I am very happy for the fans voting for me.”

Firmino's three goals during January were all of breathtaking quality, with delicate chips against Manchester City and West Bromwich Albion being followed by a stunning piece of improvisation in the 3-0 victory at Huddersfield Town.

When asked which one he enjoyed most, the No.9 replied: “My favourite one was against Manchester City. Particularly because of the game that the team played, the whole performance that we achieved on that day to win the match.”

Salah, who has won the award four times already in 2017-18, finished just behind Firmino in the January poll, while Andy Robertson claimed third place.

Alex Oxlade-Chamberlain and Emre Can completed the top five.