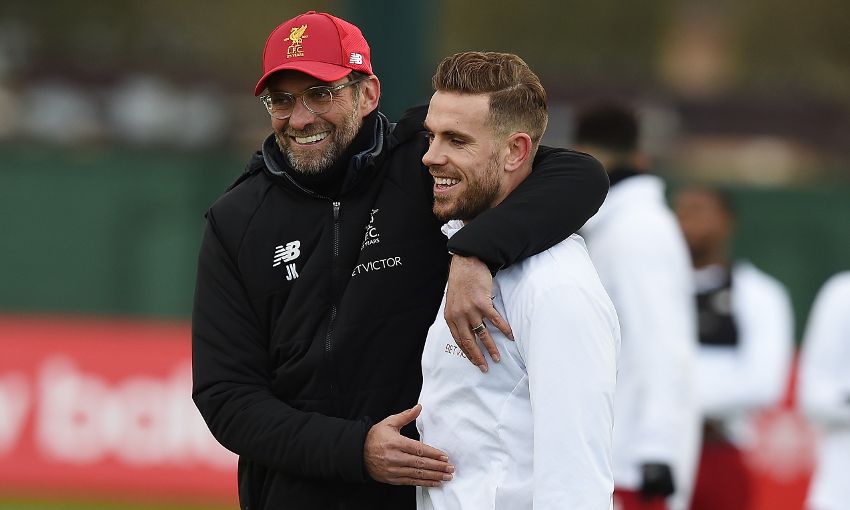 'Pressing from another planet' - LFC quotes of the week

Jordan Henderson was in full team training on Thursday ahead of Liverpool's Premier League clash with Swansea City.

The Reds captain has been out of action since sustaining a hamstring injury against Arsenal on December 22, but was part of the squad for their latest session at Melwood.

Jürgen Klopp’s side travel to Wales for the Premier League meeting with the Swans on Monday night, with the aim of extending an 18-match unbeaten run in all competitions.

Henderson has made 23 appearances so far this season.