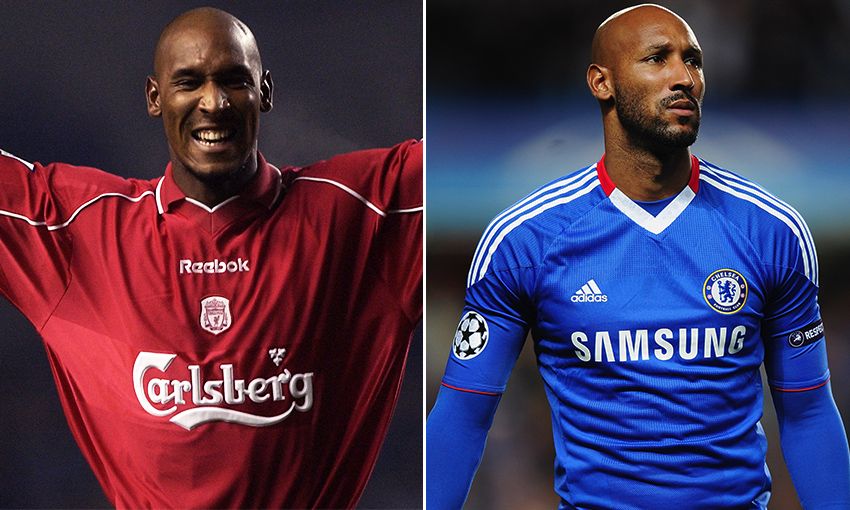 46 photos: Matip trains as Reds prepare for Chelsea at Melwood

Liverpool host Antonio Conte’s Chelsea side at Anfield on Saturday afternoon as focus shifts back to the Premier League.

There have been some titanic tussles with the Blues down the years and more than a few players have experienced both sides of the battle.

So ahead of this weekend’s clash, we've picked out 10 of the best players to feature for both clubs, excluding the current crop of players... 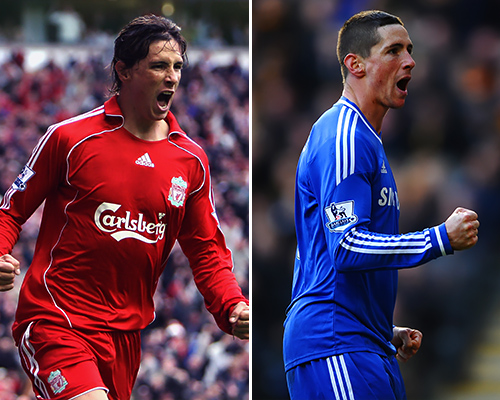 Unstoppable at his best, Fernando Torres ended his debut season in England as the first Liverpool player since Robbie Fowler in 1996-97 to score more than 30 goals in a campaign.

The prolific Spanish striker was adored by the Kop during his three-and-a-half-year stay on Merseyside, but that all changed in January 2011 when he made an unpalatable £50 million move to Chelsea.

However, time and the recognition that Liverpool got a good deal has proved a great healer. When he returned to Anfield for an all-star charity match in 2015 his "Fernando Torres Liverpool’s number 9" chant even got an airing. 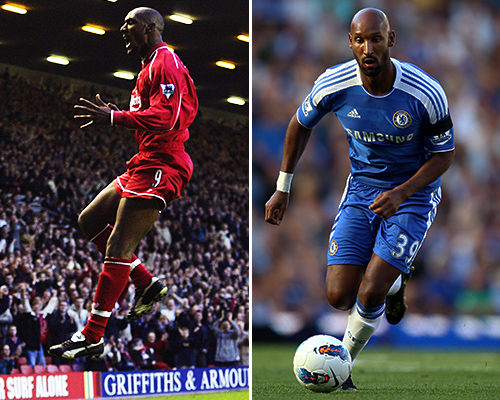 Champions League winner and two-time Premier League champion Nicholas Anelka was signed on loan from Paris Saint-Germain in December 2001 and helped Gerard Houllier's Liverpool to second place in the league that season, but the deal was never made permanent.

Instead, he signed for Manchester City in a club record £13 million deal and was their top scorer for both seasons he was there. He joined Chelsea in 2008, winning one of those aforementioned Premier League titles, and adding two FA Cup winners' medals to his palmares. 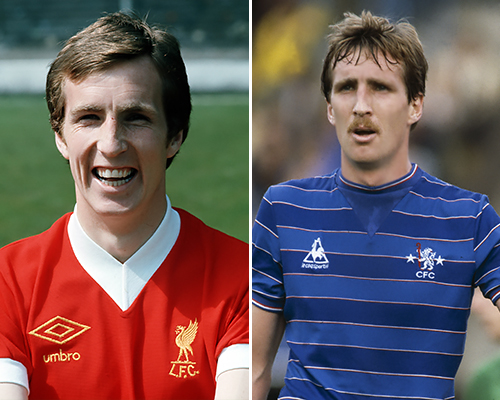 Bob Paisley brought Liverpool-supporting full-back Joey Jones to Anfield in 1975. He won the UEFA Cup in his debut season but didn't manage to play enough league games to claim a title-winners' medal.

However, the fans' favourite put that right the following season when he starred in Liverpool's European Cup and league double. The tough-tackling Welshman would add another European Cup in 1978 to confirm his status as a cult hero.

After a century of appearances for the Reds, Jones returned to Wrexham before join Chelsea in 1982, when he helped stave off relegation to the Third Division and win promotion to the top flight of English football. 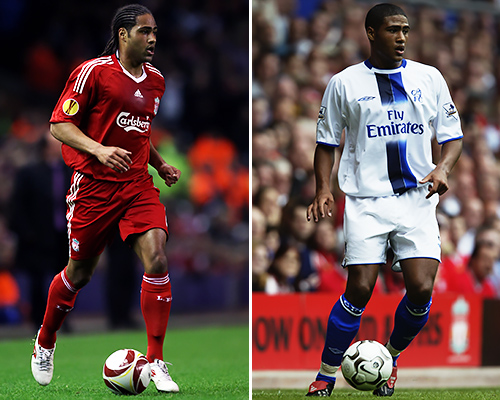 Attacking full-back Glen Johnson was the first signing of the Roman Abramovich era at Chelsea. The Blues’ new Russian owner spent around £6.3 million to take the defender from West Ham United back in 2003.

He signed for Liverpool from Portsmouth in 2009 and marked his home league debut with a goal and an assist in a man-of-the-match performance against Stoke.
The England international’s forward forays remained a trademark of his six seasons at Anfield. Arguably his most important peak of which was when he converted a penalty in the shootout to win the 2012 League Cup. 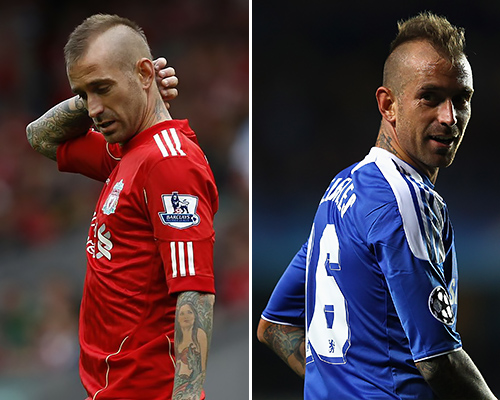 Midfielder Raul Meireles only spent one full season at Liverpool, but won the PFA Fans' Player of the Year Award in what was an excellent campaign for the Portugal international.

Reds will also likely remember Meireles for his 'out there' sense of fashion and he probably had the best haircut at all the clubs he has played for.

A league title winner at Porto and Fenerbahce, he left Liverpool to join Chelsea in 2012 and won the FA Cup and Champions League in his year at Stamford Bridge. 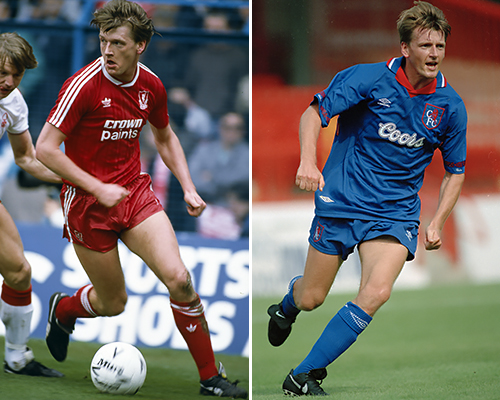 After working his way up from non-league football, midfielder Nigel Spackman really made a name for himself at John Neal's Chelsea after helping them win the Second Division title and promotion to the top flight in 1984.

Snapped up by Kenny Dalglish, Spackman helped Liverpool win the 1987-88 league title during a season-and-a-half at Anfield. He left the Reds in 1989 and, after spells with QPR and Rangers, returned to Chelsea. 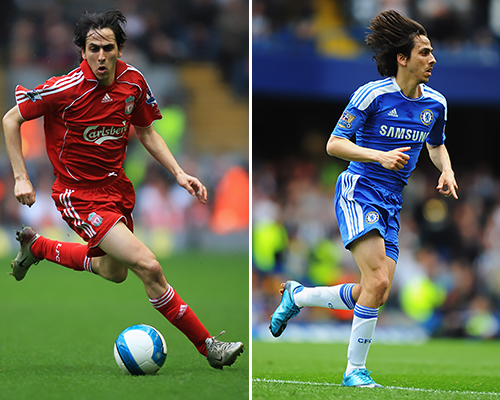 Signed by Rafa Benitez from West Ham in 2007, Yossi Benayoun featured in 47 of Liverpool's 59 matches in his first season at Anfield. However, in 21 of those games he came off the bench and it became apparent that the Reds boss saw him as an impact player rather than and out and out starter.

But he still managed to score some crucial goals, including a winner in the Bernabeu against Real Madrid, and was the first player to score hat-tricks in the Premier League, Champions League and FA Cup.

He joined Chelsea in 2010 but only made a handful of appearances for the club before joining Arsenal on loan. He returned to the Blues to win the UEFA Cup in 2013, under interim manager Benitez. 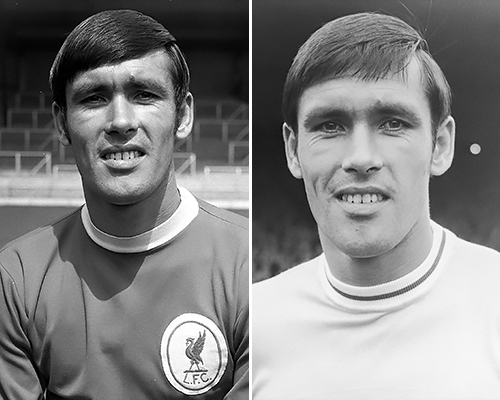 Striker Tony Hateley was Chelsea's record signing when he joined for £100,000 in 1966. However, his aerial prowess failed to fit in with their style and he subsequently became Liverpool's record signing in 1967.

The Englishman scored 27 goals during his debut campaign for Bill Shankly's side but in his second season the target man was also deemed unsuitable for Liverpool's pass and move style.

Hateley, who had been prolific at both Notts County and Aston Villa prior to his move to Chelsea and then Liverpool, left Anfield to join Coventry City in 1968. 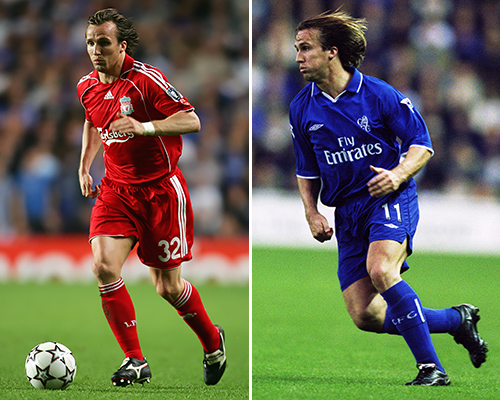 A flying winger when he won La Liga with Barcelona in 1999, Boudewijn Zenden made the move to English football with Claudio Ranieri's Chelsea the following season but his two years at Stamford Bridge were hindered by injuries.

The Netherlands international reinvented himself as a diligent midfielder at Middlesbrough and joined Liverpool on a free transfer in 2005. The versatile Dutchman won the UEFA Super Cup in his first year at Anfield and played his part in helping the Reds reach the Champions League final in 2007. 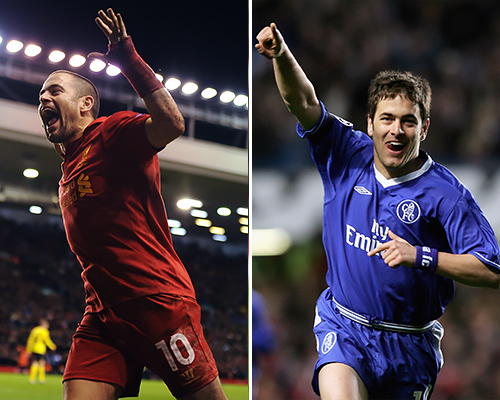 Joe Cole was one of England’s most exciting midfielders when he joined Chelsea from West Ham United in 2003.

He arrived at Anfield in 2010 determined to add to the three Premier League titles, two FA Cups and two League Cups that he won during seven years at Stamford Bridge. However, things never quite worked out at Liverpool as injuries had taken a toll on his occasionally sublime skills.

The one-time England star worked under Roy Hodgson, Kenny Dalglish and Brendan Rodgers at the Reds before returning to boyhood club West Ham in January 2013.