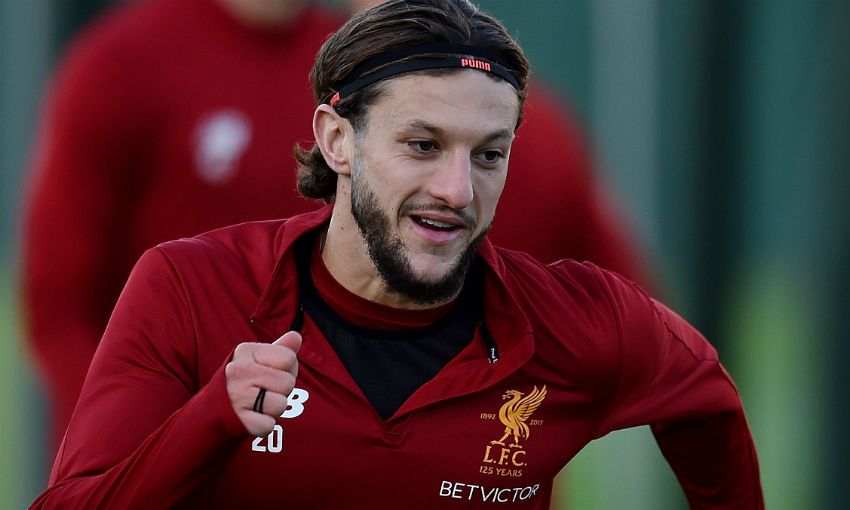 Adam Lallana is ‘knocking on the door’ to return to action admits Jürgen Klopp, but Liverpool will manage his comeback and won’t rush him back into the fold.

After missing all of the 2017-18 season to date with a thigh injury sustained in pre-season, the midfielder resumed full training with his teammates last week.

Lallana was also part of the 23-man travelling squad Klopp named for the trip to Spain on Monday to face Sevilla in the Champions League group-stage encounter.

Asked whether the No.20 could be included in Tuesday's matchday squad, the manager told Liverpoolfc.com: “He is getting nearer and nearer, but we need him for the rest of the season and not for the next weeks.

“He is really knocking on the door and it’s fantastic that he is back. It’s great.”

Elsewhere, Klopp confirmed Liverpool will make at least one change from the team deployed against Southampton at the weekend, with Loris Karius to return in goal as he has for the previous four Champions League fixtures.

On other possible tweaks, the boss added: "Maybe! With the quality we have, it’s always a mixture of what you have to think about – it’s about rhythm on the one side, and freshness on the other side.

"Then there are specific questions that the other team will ask us, so you look and say, ‘they’re strong on this and strong on that, so what can we do?’ Then you make the line-up.

"The last game was not that intense, so we could go with the same line-up for sure – but 100 per cent we will not, because Loris will play! So, yes – we will make a change!"