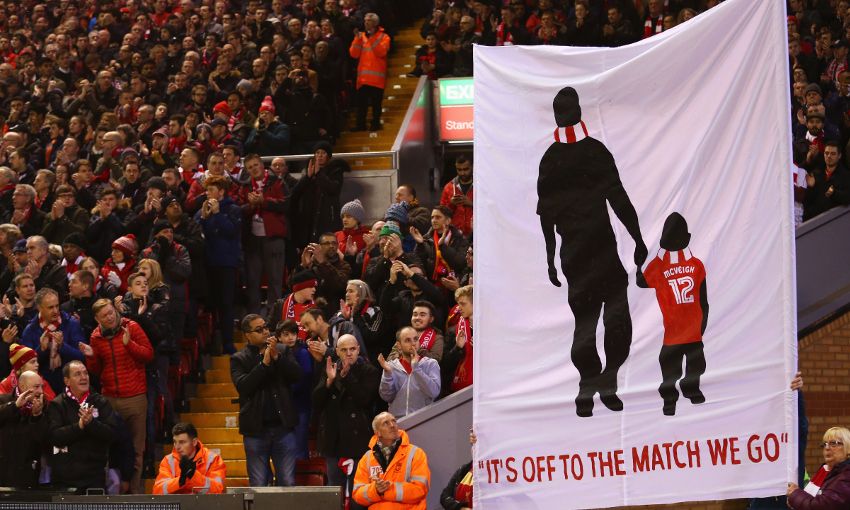 Liverpool captain Jordan Henderson is moved by the special Kop flag in tribute to Owen McVeigh each time he walks onto the pitch at Anfield.

The banner, created by fan group Spion Kop 1906, commemorates the life of Owen, a passionate Red who tragically died at the age of 11 shortly after being diagnosed with leukaemia in December 2015.

He was a regular at home and away games and the flag bearing his name has become a poignant focal point on the Kop at every Anfield match.

The Owen McVeigh Foundation was established in his honour, with the aim of enriching the lives of local children suffering with cancer by providing them and their families with money-cannot-buy experiences.

Earlier this month, Liverpool FC offered its support with the release of a special T-shirt in tribute to the memory of Owen in three city stores and online. All profits will go directly to the Foundation.

At today’s Premier League clash with Arsenal, meanwhile, the Reds will wear the T-shirt during the pre-match warm-up after official training kit partner BetVictor donated their rights to help raise awareness of the cause. 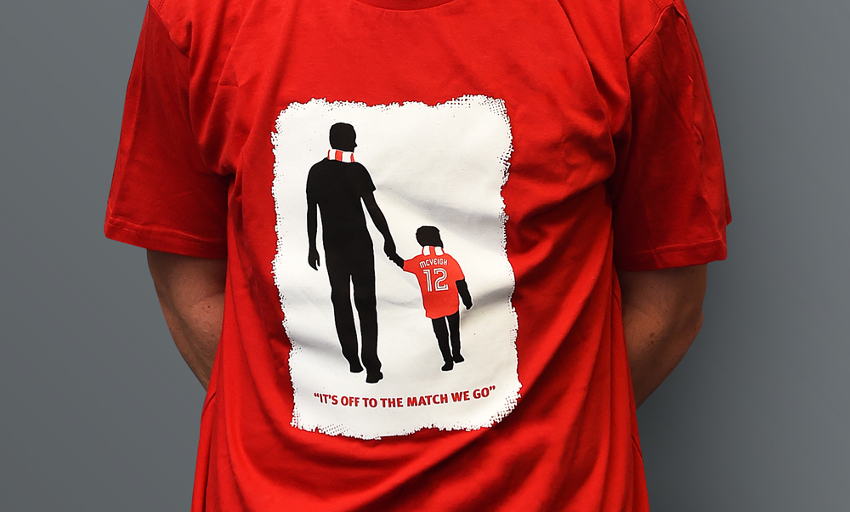 And in his matchday programme notes, Henderson opens up on how Owen’s story and the banner that honours him serve as inspiration to the club.

“The flags on the Kop are an incredible sight and there is one in particular that always catches my eye, partly because it is so moving and partly because it signifies what it means to come to Anfield and be part of something special,” says the skipper.

“It’s usually in the bottom right-hand corner of the Kop [from a Kopite perspective] and it features a dad holding his son’s hand and carries the words: ‘It’s off to the match we go.’

“The image is even more eye-catching because it is on a white background in a sea of red, but the meaning behind the banner is why it means so much.

“I believe the flag is waved by the lads from Spion Kop 1906, who do so much to make the atmosphere as special as it can be, and it is a tribute to Owen McVeigh, a young Liverpool fan who tragically died from leukaemia at the age of 11. I was reading about it this week and it explained a lot about the banner.

“Being a son and also now a parent, a banner like that is always going to pull at the heart-strings because I can look back and think of myself holding my dad’s hand and also picture myself as the dad, which is something that a lot of people coming to Anfield will be able to identify with.

“That it is a tribute to a boy who went all around the country supporting Liverpool makes it even more special and I can say without hesitation that all of the players know what the banner stands for and who it represents.

“That is why four of the lads – Andrew Robertson, Dominic Solanke, Alberto Moreno and Ben Woodburn – showed their support for the Owen McVeigh Foundation this week by being pictured wearing a T-shirt in Owen’s honour.

“The T-shirt is on sale at Liverpool’s official club stores with all of the proceeds going to the Foundation, which does so much to help children with cancer. With it being such a good cause that is close to all of our hearts, I would urge everyone to support the campaign in any way they can.”