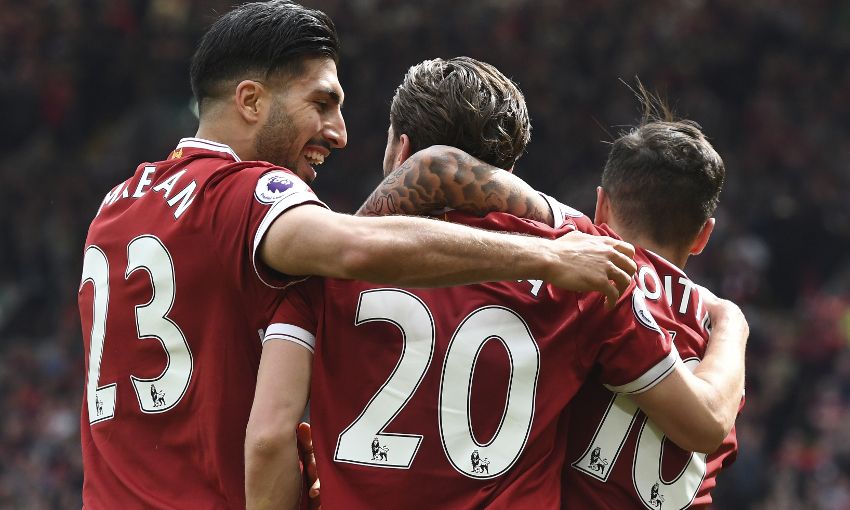 "If you can gather points and gather momentum…"

Gary McAllister casts his mind back to the Liverpool team that generated such a surge of form in the latter stages of the 2000-01 season that they ended it with three trophies and a Champions League qualification place.

That campaign serves as proof in the Scot’s mind of the power of confidence and how building up the feeling as early as possible can carry a side forward to success.

“There are no certainties in the Premier League, but if you can gather points and gather momentum, that’s the thing,” the former Reds midfielder tells Liverpoolfc.com.

“I can only talk about the time when I was there. When we won games and got on a bit of a roll, you get the city and the fans and everybody pushing in one direction.

“It can be quite momentous at Liverpool. That’s the thing they’ve got to be looking for.”

Wednesday’s Premier League fixture announcement revealed Liverpool will begin their 2017-18 season – and that quest for momentum – against Watford at Vicarage Road.

Crystal Palace will then visit Anfield in between a two-legged Champions League play-off, before Jürgen Klopp’s men go into consecutive clashes with rivals Arsenal and Manchester City.

“I always think it is crucial to get away [well] because it builds confidence immediately, especially if we’re bringing in two or three new players – they get bedded into the team and confidence grows.

“It’s not much fun when you’re playing catch-up going into the Christmas and New Year period.

“Boxing Day and December 30 are both at home, and then the game after that going into the New Year we’re just down the road at Burnley.

“So the beauty of those games is that we don’t have to travel, we’re at home. The players will be able to spend a bit of time with their family over the Christmas period, although the training and games schedule is always very tough.”