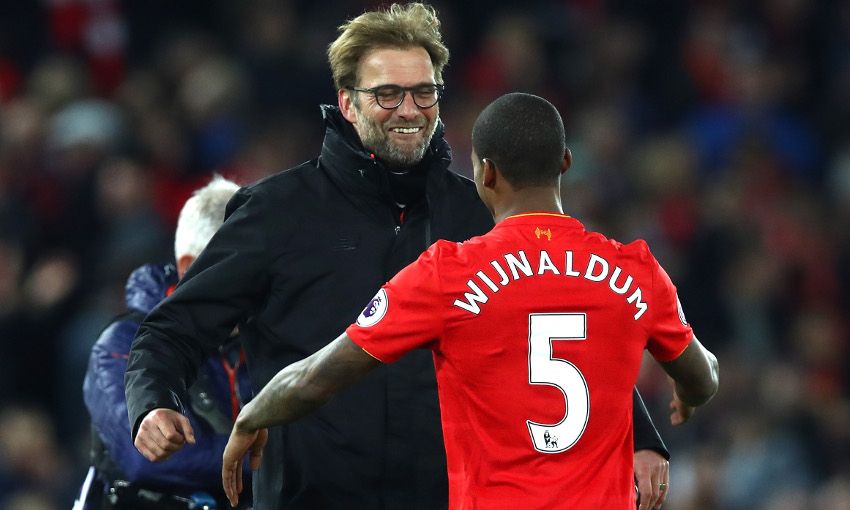 Of course, the response to that disappointment at Turf Moor could not have been more emphatic.

A 15-game unbeaten run in all competitions between August and December propelled the Reds into something of an unexpected title challenge, boosting expectations all the while.

Dropped points against Bournemouth and West Ham United followed that hot streak, but a 1-0 win over Manchester City on New Year's Eve appeared to cement Klopp's team as the sole challengers to runaway leaders Chelsea.

Unfortunately, that match also marked the start of a packed fixture list which saw an injury-hit squad lose momentum, the slump starting with a 2-2 draw at Sunderland just two days after.

Klopp remembers: "It's unbelievable when you think at the end of the year, Manchester City, what a game [from] both sides.

"Two days later, it felt like another kind of sport. Going to Sunderland, two penalties for them, a handball of Sadio - it was handball but nobody, Sadio included, could explain why he did it."

The reaction to this misstep offered up a lesson for Klopp's squad and the club's fans, he believes.

And it is one the manager hopes to see taken forward.

"In this moment, this club and this city maybe, we have to learn to take moments like this like they are," he warns. "Don't make them bigger.

"[At Liverpool], we are like, if you win against Manchester City the world could not be nicer, you draw at Sunderland and everything is terrible and that's the start of something bad.

"Yes, it was not good, [but] we missed players, players came back who were not in shape, we all know."