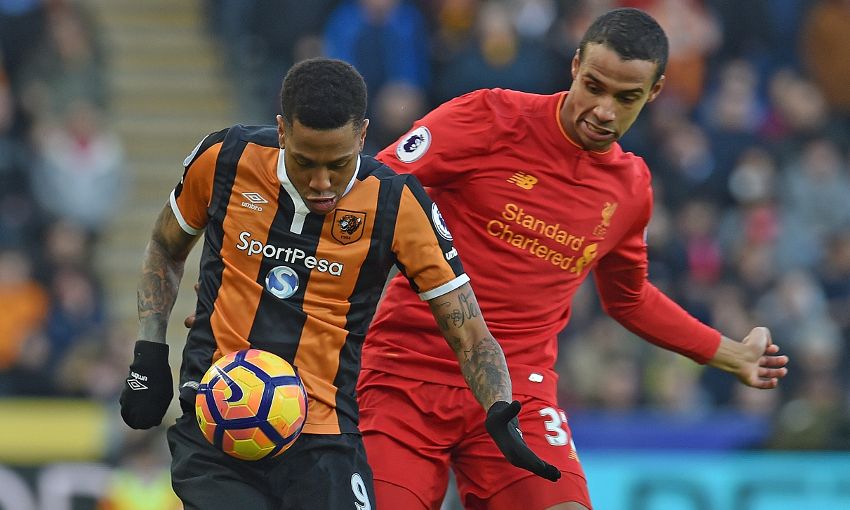 Liverpool slipped to a frustrating 2-0 defeat against Hull City at the KCOM Stadium this afternoon.

Alfred N’Diaye opened the scoring for the hosts on the stroke of half-time, before substitute Oumar Niasse sealed the Reds’ fate by rounding off a counter-attack five minutes from time.

Sadio Mane, making his first start since January 2, nearly returned with a goal when he was denied acrobatically by Eldin Jakupovic in the second half, and Philippe Coutinho then sliced a shot wide from close range.

But Liverpool were hit with a late sucker-punch as Niasse raced clear to finish low beyond Simon Mignolet to ensure there would be no comeback.

Mane came into Liverpool’s team in place of Georginio Wijnaldum as one of two changes from Tuesday’s draw with Chelsea, with Lucas Leiva also starting. Dejan Lovren (knee) and Ragnar Klavan (illness) were absent.

Emre Can and Mane both sent early attempts over the bar as Liverpool began the game on the front foot, and the visitors saw appeals for a penalty waved away when Roberto Firmino’s powerful shot from range deflected onto Andy Robertson’s arm.

Good work from Firmino down the Reds’ left ended with Hull goalkeeper Jakupovic spilling the Brazilian’s cross, but Coutinho could only scuff his effort into the ground and wide as he followed in.

As half-time approached, Joel Matip nodded Coutinho’s outswinging corner wide - but it was Hull who went in ahead at the break via a set-piece of their own.

Two corners in quick succession after the interval saw Matip and Can have sights of goal, before James Milner side-footed a volley into Jakupovic’s arms.

The game was now being played almost exclusively in Hull’s half and Mane nearly equalised in the 56th minute as Jakupovic, at full stretch, managed to tip his looping header from Adam Lallana’s deep cross over the bar.

A rare foray forward from Hull saw Abel Hernandez’s attempt smothered by Mignolet, shortly before Coutinho wasted Liverpool’s best chance of the game at the other end.

The hosts failed to clear after Mane stood up a cross from the left, but the Reds’ No.10 sliced his left-footed shot well wide from no more than six yards.

And Jürgen Klopp’s side were made to pay for their profligacy when Niasse added a second against the run of play in the 85th minute.