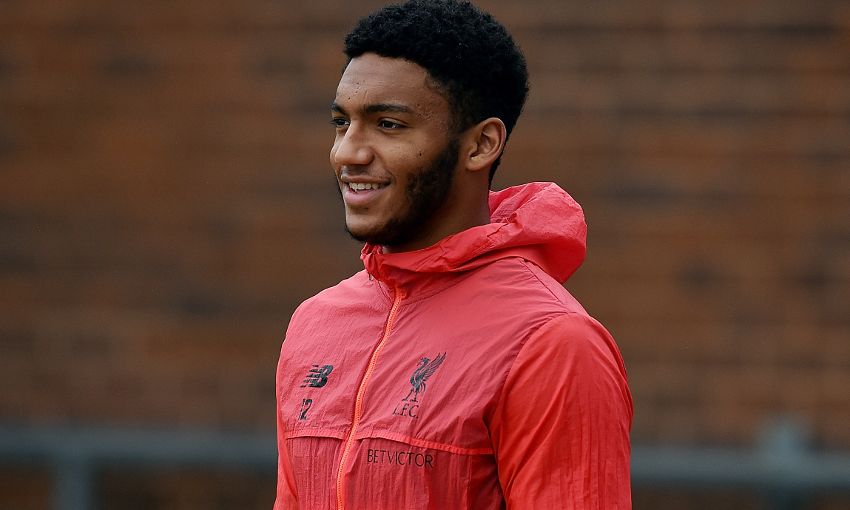 Jürgen Klopp has revealed that Joe Gomez will remain at Liverpool as he continues to build up his match fitness rather than head out on loan in 2017.

The 19-year-old has made three outings for the U23s since his return after a year out of action with anterior cruciate ligament and Achilles injuries.

Klopp is a big admirer of Gomez, calling him an 'unbelievable talent', and the Liverpool manager feels he will benefit greatly by training every day at Melwood and continuing to improve his match sharpness by playing in Premier League 2 for the U23s.

Asked if Gomez would compete for a first-team spot in the new year or head out on loan, Klopp told the Liverpool Echo: “No to the second question about a loan.

“For us, I don’t think so. We had a very good talk. What I think about Joe Gomez is he is an unbelievable talent, which everybody knew before.

“It’s a long injury and if we send him on loan, with his quality, a team will play him every game. That is not what he needs in the moment. Because he was a long time injured he needs us to judge: ‘now play, now stop, rest, work on this, do this, do a little bit on this’.”

Klopp insists there is no pressure on Gomez to be ready for first-team duty just yet and added he is a big part of his plans for the years ahead.

“This half a year playing I don’t know, playing the highest level he can, maybe. We have him. So maybe he is an option for the first team. But maybe not for this season.

“His pre-season has already started and he can get match time, and will have match time for sure with the U23s. That’s very important.

“He was not part of all our tactical drills and all the things we did. Now he is a part of it. And he has to learn a lot which is good.

“There’s no rush for him, and no rush for me. At this moment I would say ‘no loan’ but everything else, we will see.”