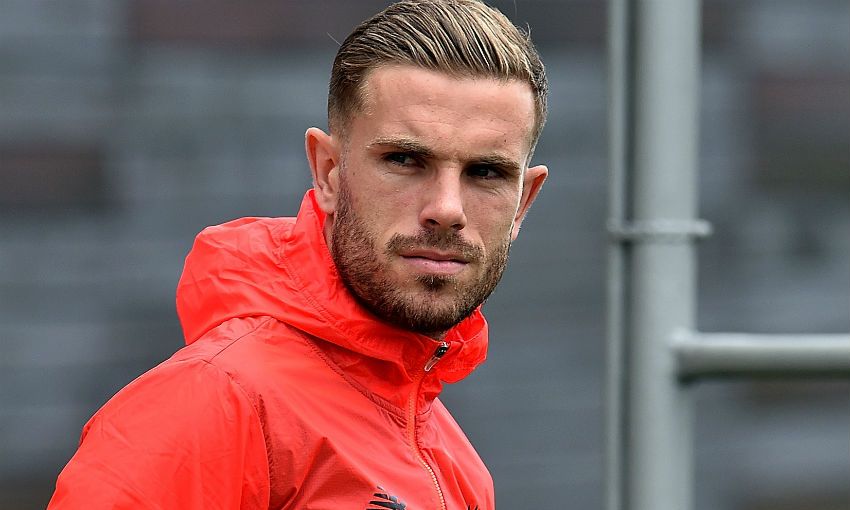 Liverpool captain Jordan Henderson has used his matchday programme notes for today's meeting with Sunderland to pay tribute to both Emre Can and Georginio Wijnaldum.

Can, who signed for the Reds from Bayer Leverkusen in the summer of 2014, registered his 100th appearance for the club during last weekend's 0-0 draw with Southampton,

Wijnaldum, who has proved a popular figure on and off the pitch since arriving at Anfield in July, also celebrated a personal milestone earlier this month - his 26th birthday.

And the skipper had kind words for both midfielders in the build up to this afternoon's Premier League contest.

He wrote in 'This is Anfield': "Someone told me after the game at St Mary’s that it was Emre Can’s 100th appearance for Liverpool. That blew me away - it’s incredible how quickly that 100 games has come around and it shows what an important player he is for us.

"Emre’s a cracking lad with a brilliant attitude. What a talent as well. I think we forget sometimes just how young he is, because he acts and plays with such maturity. He’s still only 22 years old and I have to pinch myself to believe he was only 20 when he first joined us. I’m looking forward to his next 100 games for us and the next 100 after that hopefully as well.

"And sticking with the midfielders’ union it would be wrong not to mention Gini Wijnaldum, who celebrated his 26th birthday before we played Southampton. I’m sure that, being ex-Newcastle, the Sunderland fans will give him plenty of grief today, but at the risk of not being able to show my face next time I go home, I have to say what a great addition he has been to this club.

"He lights up the room when he walks in and his performances on the pitch speak for themselves. Everyone thinks the world of Gini and it’s great to see he has settled so quickly and already feels right at home in Liverpool."