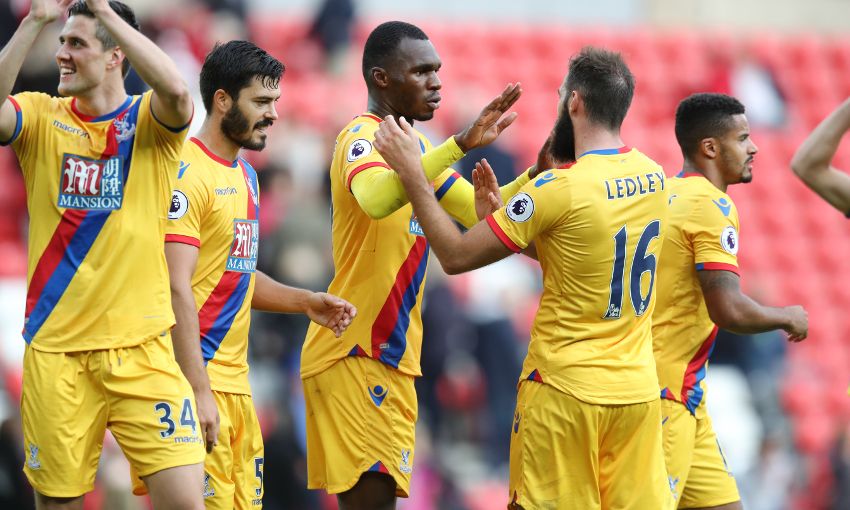 How will Crystal Palace set up against Liverpool today? Football writer Paul Wilkes gives us his take in his latest tactical analysis blog...

Crystal Palace have won just one of their last five games in all competitions, although they are still 11th in the Premier League and they have refused to be beaten on several occasions, with Alan Pardew's men claiming five of their 11 points this season when they have conceded first.

Pardew mainly uses a 4-2-3-1 formation, with the wingers prominent in the way they attack and defend. The team rely heavily on crosses and they record the highest total in the division, which is four more per game than the next closest, Manchester United.

They aren't quite as direct as many presume, however, with a higher average possession than Bournemouth, although they are the best in the league at aerial duels. Therefore, Palace are another strong side in attacking set-piece situations.

At full-back, Joel Ward is one of only two players to have started every league game this season for the Eagles, while the unfortunate injury suffered by Pape Souare has seen former Red Martin Kelly replace him in recent weeks at left-back as the Senegal international recovers from surgery.

Damien Delaney is a regular at centre-back and his no-nonsense approach sees him average four long balls and six clearances per game. His defensive partner is Scott Dann, a boyhood Liverpool fan and a former season ticket holder at Anfield.

Palace have a high amount of central midfield options, but have mainly elected for the combination of Joe Ledley and James McArthur. Both players provide a good shield for the back four, while their mobility probably gives them the edge over the experienced duo Mathieu Flamini and Yohan Cabaye at present.

Jason Puncheon picked up a calf strain last week, so is unlikely to feature, which means that Lee Chung-yong may use his dribbling and key passing capability in the No.10 role.

Wilfried Zaha and Andros Townsend will use their pace out wide to try to penetrate Liverpool's backline on the counter-attack, although they are also good in a defensive capacity. Like the Reds, Palace are one of the best in Europe at pressing the opposition, with Zaha, Townsend and Puncheon amongst the most frequent tacklers in the squad.

Christian Benteke faces the club for the first time since he left in the summer and the forward's physicality will be a huge test for Liverpool's centre-back partnership.