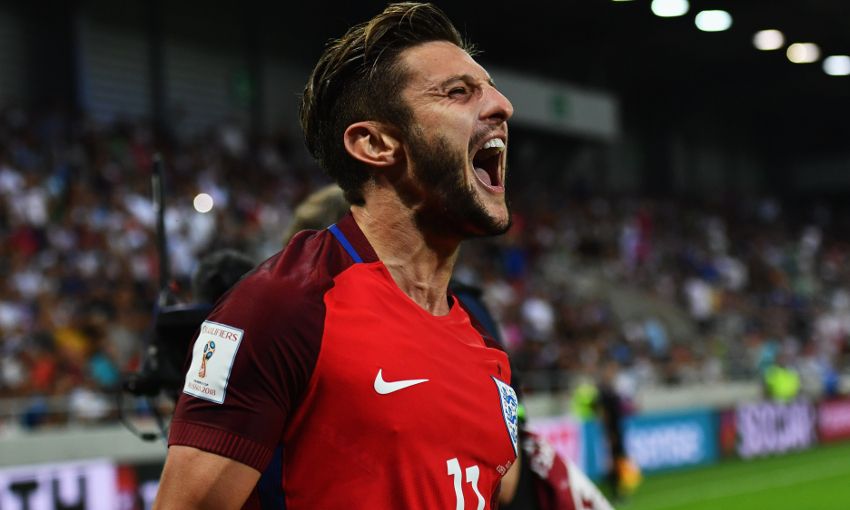 Lucas Leiva excited to experience an even louder Anfield

Adam Lallana netted a dramatic stoppage-time winner as England beat Slovakia 1-0 in Sam Allardyce's first game in charge of the Three Lions in Trnava on Sunday.

It was the first international goal for Liverpool's No.20, who fired home a low shot in the fifth minute of injury-time as England began their World Cup qualifying campaign in fine style.

Lallana lasted the full distance, Reds skipper Jordan Henderson featured for 63 minutes before being replaced by Tottenham Hotspur's Dele Alli, while Daniel Sturridge appeared off the bench for the final nine minutes in place of Harry Kane.

England played the majority of the second half against 10 men after former Red Martin Skrtel was sent off for two bookable offences.

Lallana had a fine game. He hit the post with a superb turn and shot on 75 minutes, and had another effort well saved.

Sturridge was so close to netting just three minutes after coming on when he glanced a close-range effort wide from an inviting Theo Walcott cross, and Lallana dragged a strike just past the post.

Walcott then had a late goal disallowed for offside before Lallana secured the dramatic victory with almost the last kick of the game.

Reflecting on the first goal for his country, the Liverpool midfielder said: "It's been a long time coming. I put pressure on myself to score goals and I knew it was only a matter of time.

"I had a few chances tonight and was unlucky to hit the post. We kept plugging away and as a unit I thought we did brilliantly. Credit to the lads, we've worked hard since the new manager has come in and it's a great start.

"The manager made it very clear to us he wanted us to keep a clean sheet. Coming anywhere away from home in a World Cup qualifier is going to be tough and I thought we were very disciplined at times.

"As the game went on and they went down to 10 men we did create chances and sometimes you've got to stick it out until the last minute, and thankfully today we got the goal."

Meanwhile, Ben Woodburn started for Wales U19s as they lost 2-1 to Iceland in a friendly encounter at Dragon Park.