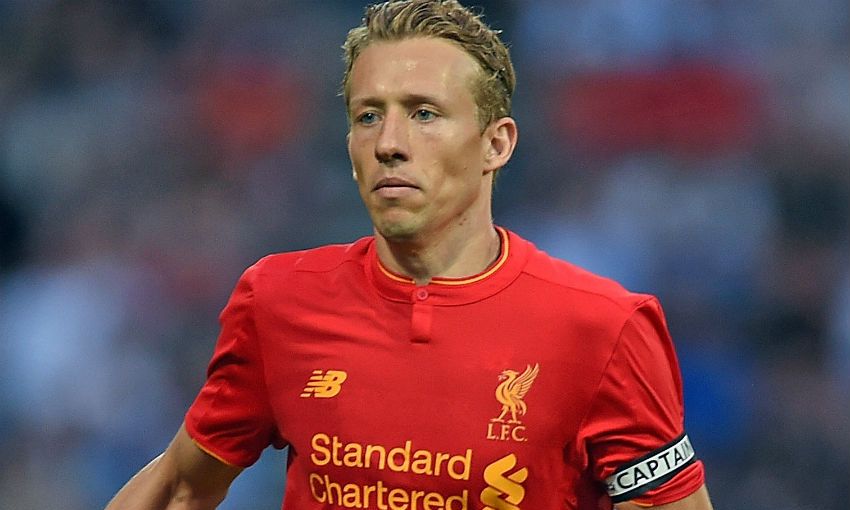 The prospect of playing at an even noisier Anfield is something that excites Lucas Leiva as Liverpool's long-awaited first home game of the season draws ever closer.

An extra 8,500 seats have been added to take the total capacity of Anfield to around 54,000, and Lucas cannot wait to experience the impact this will have on the atmosphere inside the stadium this weekend.

“I’m excited to see the new Anfield. I think the fans are really looking forward to it and the atmosphere will be the same as always - very good, but with many more thousands it’ll probably be louder,” the No.21 told Liverpoolfc.com.

“I’m really looking forward to it and hopefully it’ll be the beginning of a good journey in the new stadium.”

Along with Arsenal, Liverpool were one of only two teams to beat Leicester during their remarkable title-winning campaign last term, with Christian Benteke’s winner earning the Reds all three points at Anfield on Boxing Day.

Claudio Ranieri’s side started their championship defence by taking four points from their three games before the international break - the same total as Liverpool - but Lucas is anticipating a hard game against the Foxes.

“Leicester were a big surprise for many, but they really deserved to win the title,” the Brazilian added.

“This year of course is different - they have many more games with the Champions League and other teams have strengthened a lot - but we expect a very difficult game as always, like it was at home last season and away.

“They kept most of their players and signed some very good ones [in the summer transfer window], so it’s going to be very tough but I think we’ve shown in the first three games that we’re capable of beating good teams and hopefully it will be a good win for us in our first home game.”

Liverpool are unbeaten in their last 13 outings at Anfield in all competitions and Lucas believes strong home form is crucial if Jürgen Klopp’s side are to enjoy a successful season.

“Every year, the teams that have a very good record at home challenge for titles and the top four, so it’s very important that we do that this year - starting with the first game,” the 29-year-old continued.

“It [beating Leicester] would give us confidence to go away from home against Chelsea and try to get the three points. We just need to focus and work hard and with the quality we have, I think we can do it.”