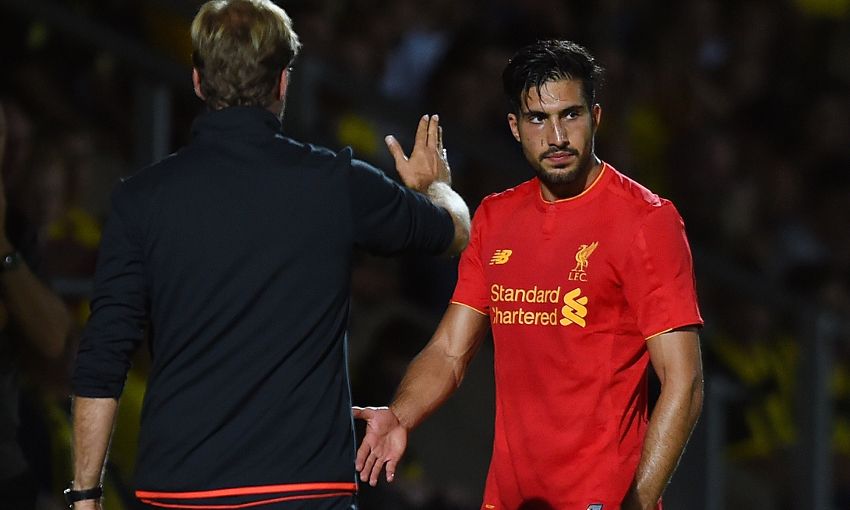 Jürgen Klopp admits Liverpool are waiting to discover the full extent of the ankle injury Emre Can sustained against Burton Albion on Tuesday night – but he is hopeful it's not too serious.

The German midfielder went down midway through the second half of the Reds' 5-0 victory in the EFL Cup second round without any contact from an opposing player and was replaced by Kevin Stewart shortly afterwards.

Klopp explained to journalists following the contest at the Pirelli Stadium: “He had a little pain in his ankle without any touch - I couldn't see any contact. It was a long leg, then a little bit floppy and then he had pain.

“But it is not that serious. It's not that big [of a] pain anymore, but it's the ankle he had problems with at the end of last season, so he's a little bit worried.

“Hopefully it's nothing too serious.”

Klopp also allayed fears Divock Origi had picked up an injury towards the end of the fixture, revealing the Belgium striker was suffering with cramp.